PHITEX 2016, expanding the Philippine travel industry to a bigger business.

By Palawanderer - September 07, 2016
The most important Travel event in the Philippines create more noise this year, as they gear up with the theme Bigger Business for the Philippine Travel Exchange 2016 or PHITEX last Sept 5 and 6, at the Marriott Hotel in Pasay City.

Headed by the Tourism Promotion Board (TPB), this year’s gathering is a breakthrough in many forms like the days of the event from one day to almost two day sessions, this is to give way for many business to come close in reality of achieving its target market. PHITEX in the past usually have 48 sessions, but with its expansion they now have 40 sessions for buyers that usually are travel agents from abroad, and its sellers that come from different Tourism establishment in the country.

PHITEX 2016 have a total of 201 buyers coming from 35 different countries out of 132 companies mostly are Tour Operators, with majority from China, South Korea and Japan. New buyers this year are from Morocco, Hungary, and South Africa. Sellers are total with 198 ranging from different Hotels, Resorts, and other Tourist related companies.
The said event started in 1989, it is also held before in Cebu with educational seminars that aims to update Tourism Industry players with current trends in the market. The number of this year’s participants signify that social media still not affecting this kind of transacting business, wherein anybody now a days can always go to the internet and message those who you want to deal with.

“We are very active in social media, we fairly covered whatever engines, but you cannot eliminate the face to face transactions that still the No. 1 thing, people still want to discuss face to face, maybe because it’s one way to check the sincerity of the buyers to the sellers, their relationships are being perfected on one on one appointment scheduling.” Explain by Maricon Ebron, TPB Deputy Chief Operating Officer for Marketing and Promotions.

Aside from closing deals, PHITEX also comes with tours right after the event, among featured tours are Southern Luzon that covered Tagaytay, Batangas, second tours are in Bicol Region covering Legazpi, Sorsogon and Misibis Bay. Third option is the Ilocos Region particularly Laoag and Vigan. Next is Cebu-Bohol, and Davao. 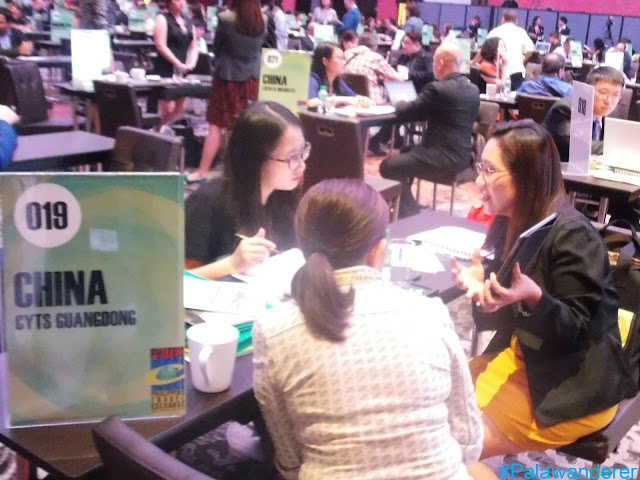 According to Susana Del Mundo, Officer In Charge for Domestic Promotion Department of TPB, Cebu-Bohol is the top most buy destinations in PHITEX in the past, probably the two Province has all the facilities that was needed, next in line is Palawan, it’s still the best and really request by buyers. Ilocos regions comes in third place for Cultural heritage tours, and then Bicol and Southern Luzon.

Del Mundo clarify that Boracay is still on the top of this all chosen destination, they are not pushing it since it is the most requested and it is given already.
The first day of PHITEX is close via formal dinner with Department of Tourism Sec. Wanda Corazon Teo as guest speaker. Filipino foods, snacks and worldclass local acts like Baihana, Ballerinas Candice and Carissa Adea perform to entertain the participants, with a theme of Merry Christmas, as everybody knows Pinoys celebrate Christmas longer starting at the day one of September.
Philippines Tourism Tour Operators Tourism Travel Exchange