The Festival of Cuyonons now on its 9th Year.

By Palawanderer - September 12, 2016
The annual reunion and celebration of Cuyonons from Metro Manila and other parts of the world, once again takes place at Club Filipino last August 14, 2016 for Cuyonon Baragatan, with around 300 in attendance mostly retirees and old professionals who hail from the town of Cuyo, Palawan.

On its 9th year, the Cuyonon Stand Up Comedienne Robert Eleazar aka Amor Powers is among this year’s performer that shared laughter to the audiences, as he orchestrated some games on stage. He share the stage with fellow comedian Junrey Gualvez.
Fr.Alex Abia from Puerto Princesa City opens the celebrations thru a holy mass, and he did surprise the crowd when he performs some Cuyonon songs thru rap, he was join by Tudong-Cuyonon Rap Group.

But the man of the hour is Rodrigo Franco, this year’s inspirational speaker, he express his admiration to Cuyonon Baragatan, on his speech he said that this kind of group are the one’s needed for nation building, he also share some stories in growing up in the island of Cuyo. Franco is the President or CEO of Metro Pacific Tollways Corp that maintain and manage NLEX, a popular expressway in the northern part of Metro Manila. Prior to that Franco is the former Vice President of JP Morgan Chase Bank. His mother is a pure Cuyonin name Magdalena Lagrosa-Emmanuel.
The biggest surprise to this year’s festival is the attendance of Gretchen Abaniel, the latest Boxing champion who hails from Palawan with Cuyonon blood. Abaniel is a WIBA and WIBF Lady Boxing Champion and now in training to defend her title come October in Australia.
Current and former Palawan leaders are also in attendance like Amor Abueg, Baham Mitra and Gil Acosta. Nonoy Lanzanas and his Sinika also return this year in performing old Cuyonon songs. Jojo Menorca and his wife is this year’s winner in Best in Western Attire. 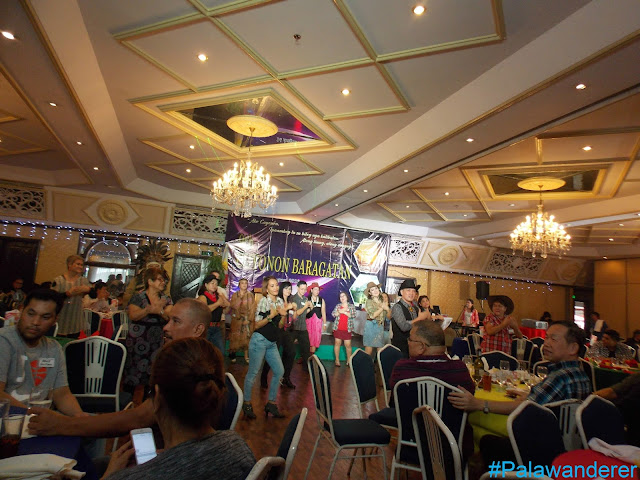 Rossana Pediapco is this year”s over all chairwomen of the celebration, and to the next year event. 2017 is already scheduled on August 20 still in Club Filipino. EFES, the No.1 Turkish Beer supported this year’s celebration. The party ends with community dancing.
Baragatan Cuyonon reunion Cuyonons Festival Regional Festival