Saving Sally, the change we want in this year’s MMFF.

By Palawanderer - December 11, 2016
Change is definitely here, most likely in this year’s selection of entries for the annual Metro Manila Film Festival. One interesting movie is Saving Sally by animator-turn-director Avid Liongoren. It’s a high-breed film that combines real human characters with animated backdraft. It is a love story with unexpected monsters.

During its Presscon held recently, Liongoren informed us that it took ten years in the making due to some financial setbacks. Their inclusion in the Film Fest is already a winning moment for him.

Playing Sally is actress Rhian Ramos. She admits that she auditioned for the role when she was 19 years old and she eagerly wanted to portray it. It was at the peak of her career at the time but she did not hesitate to try even though the production lasted six years. She replaced the actress that originally portrayed Sally, four years after the production started. It’s a commitment as Ramos emphasized. 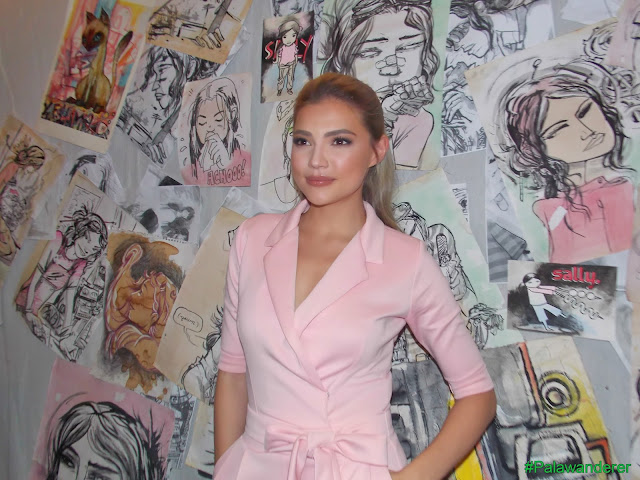 Joining Rhian as her leading man is Enzo Marcos. The former 5 and Up host and TVC model is the first choice for Marty. Playing the antagonist is TJ Trinidad. Other cast members include Bodjie Pascua, Carme Sanchez, Sharmaine Centenera-Buencamino and Archie Adamos.

Liongoren assures everyone that his 2D 90-minute film is not just refreshing to watch, the message is clear that when you love someone, you’ll fight for it, even if it’s a monster. It is also guaranteed that is a perfect movie for the whole family.