By Palawanderer - January 29, 2017
The premiere Arts venue capital in the country, The Cultural Center of the Philippines is in full swing, gearing towards to more dynamic and a lot of shows to watch out for this 2017.

A new building for CCP to start construction, some minor renovation of its existing facility, and the launching of the first ever Encyclopedia of Philippine Arts, and the more exciting continuation of its many Art Festivals will soar high this 2017.

CCP Vice President and Artistic Director Chris Millado recently announce this plan for this year, including its first offering, the The Noli Me Tangere opera. Millado said that they continue to gather more audiences, because they still remain the country’s art facility that embrace all kinds or form arts.
For its many festivals, the Virgin Labfest will be move to the Littler Theater this year, in order to accommodate more theatre aficionados, as well as Animahinasyon that recently create great impact for Filipinos, that we can produce good animated movies, it also resulted for adding a new section for Cinemalaya this year, which is the animation part.  Pasinaya Palihan at Palabas also added number days to cater many people.

Indak Filipinas, Dance Dance Asia, and the Andrea O. Veneracion International Choral Festival will still be at its best this 2017, but a new Festival will be born this year and its called Pista ni Rizalina, that will give tribute to Martial Law victims.

For visual arts, National Artist Cesar Legazpi works will top billed in showcasing all its masterpieces as part of its Centennial celebration. And for Theater, Changing Partner is moving to CCP for major shows, as well as Millado’s own works, “Buwan at Baril sa Eb Major”.

The new CCP building is to be unveil before the year end, it will be called Black Box Theater or Tanghalang Ignacio to be constructed by Leandro Locsin and associates, this P2 Billion funded project will have a time frame of three years in time for CCP’s 5oth Year anniversary. It will be built at the back of the existing building that will have its own commercial centers, a six rehearsal centers for artists and new performing center. 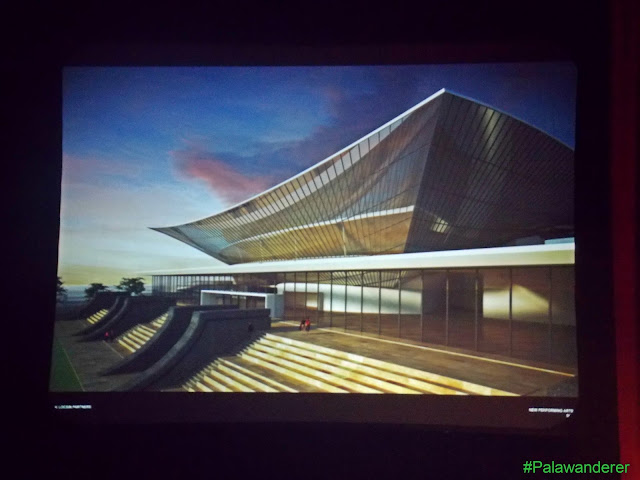 Millado clarify that once the new building is up, the old CCP will undergo a major renovation. The said project was approved during the term of President Benigno Aquino, but its funding is not yet fully subsidized since they are still raising funds for its interior decorations.

Other events to watch out for in CCP this 2017 includes a solo concert by Lea Salonga, new series of Opera, Gawad CCP, Fringe Manila and the return of Symphonic Aegis by the Philippine Philharmonic Orchestra.