Noli Me Tangere in CCP, this time an Opera. 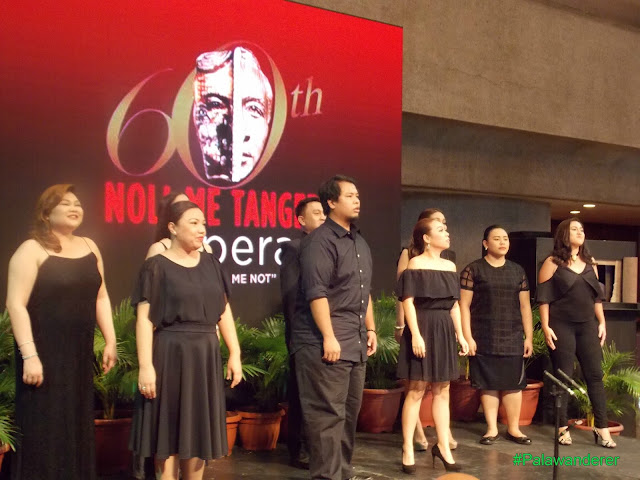 The revolutionary Filipino classic novel that shape the nation, from National Hero Dr. Jose Rizal, his immortal Noli Me Tangere is opening this 2017 at the main theater of Cultural Center of the Philippines, and this time it’s an Opera, showcasing full length music by National Artists Felipe De Leon and Guillermo Tolentino.
Producing the show is the J&S Production all the way from New York USA, they are behind its staging way back 2014 at the Resort World. And for its 60th year, The Noli Me Tangere The Opera is making a comeback in CCP under the direction of Jerry Sibal with the newly formed 53 piece Noli Symphony Orchestra under the baton of Maestro Herminigildo Ranera.

Sibal is also the producer along with his partner Edwin Josue, during its launching recently Sibal point out that it is his passion to teach the new generations about the lesson of the past, and with Noli Me Tangere he is sure that it’s still relevant in this new age of media, where millennia’s need to absorb more for the good of the country.
“The story is timeless, very relevant, if you read the novel and see whats happening right now, Noli is like 200 years ago, but it’s still happening, we never learn, we always go back, let’s move forward and it’s time for you to change, empower yourself, thats why we are doing this.” Sibal said.

Renowned tenor Ronan Ferrer play the role of Crisostomo Ibarra along with Bianca Camille Lopez as Maria Clara, Stephanie Anne Aguilar as Sisa, John Andrew Fernandez as Padre Damaso, Greg De Leon is Elias, Marj Yapjoco is Basilio and Santino Juan Santiago will portray Crispin.
Noli Me Tangere in latin is Touch Me Not in English was published in 1887, that follow the story of Ibarra who return home in the Philippines after finishing studies in Europe, he plan to marry Maria Clara but Padre Damaso is so against it. It talks about forbidden love, betrayal and revenge.

This 60th year anniversary presentation according to Sibal cost P35 million for just six days of presentation, there are around 60 to 70 singers with 200 production people behind it’ staging, there are around 16 set design changes for the duration of the Opera that will occupy the main stage of the theatre. He is happy that CCP is helping them to mount this production as opening salvo for 2017. Tickets prices start at P3500, P2500, P2000, P1500, P1200 and P1000.

“Mahirap talaga to produce this one, nobody would understand it, but if you come and see yourself what will gonna present, you will understand na ganun siya kamahal.” Sibal added.
Noli Me Tangere The Opera will open on January 28, 29 and February 1, 2, 3 at 8 in the evening, January 29 and Feb 3 show will have matinee show at 2pm. For tickets, show buyer and reservations may contact J&S Productions at 0926-038-0548 or go to CCP Box office and visit www.ticketworld.com.ph
Classic Filipino Novel Dr. Jose Rizal Novel Opera show in the Philippines