The big picture in 13th Cinemalaya. 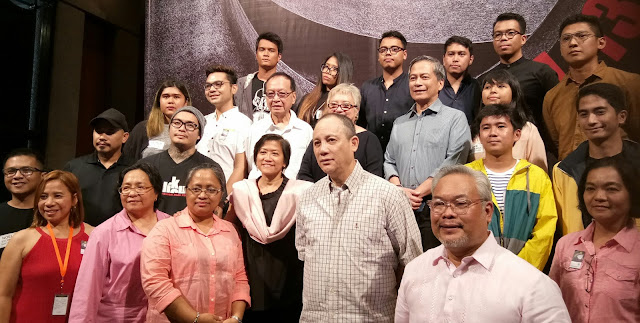 Filmmakers, film critics, folks and fellas have gathered once more at the CCP Tanghalang Nicanor Abelardo lobby for the official media launch of the 13th edition of Cinemalaya. The annual Cinemalaya Independent Film Festival presented by the Cultural Center Of The Philippines in partnership with the Cinemalaya Foundation will be screened from August 4 to 13, 2017 at the various venues of the CCP.
The winners of the festival will be announced on August 13, 2017 at the CCP Main Theater during the Cinemalaya Awards Night. Established in 2005, Cinemalaya has showcased critically acclaimed and award winning films in local and international competitions and festivals. 127 full feature independent films and 106 short films has been supported and promoted by Cinemalaya to date. With the theme " See The Big Picture, " the festival will screen nine full-length films and for the first time in the history of Cinemalaya, instead of the usual 10, there will be 12 short films to be featured.