The West Side Story in Manila.

By Palawanderer - August 16, 2017
The classic Broadway dance musical is here in Manila for a very limited season run, West Side Story is produced many many times all over the world, from Broadway to west end including international tours for the last 60 years.

West Side Story is inspired by Shakespeare’s tragic love story of Romeo and Juliet, written way back 1950’s it is set in New York presenting gangs of boys from upper west side known as Jets and the Sharks, plus the teenage love of Maria and Tony torn in between the two enemy gang. Music of this musical are called immortal now a days, from Tonight, America and that somewhere still haunt me after watching.

The Manila season that open last August 10 will last until August 27 only, yes limited 3 week season so you better get those dancing shoes and hit The Theatre at Solaire, and experience this musical with all young American cast, many of whom come direct from Broadway. Presented by Globe Live along with Novuhair, OOCL, Victory Liner, Lyric Piano and Diamond Hotel.

Here are some qoutes of our interview with the cast during its press presentation, about their roles, the characters, the trials and the challenges they have to face.
Jenna Burns as Maria: “The most difficult part are the emotional scenes that we have to dive into, the characters are younger than us, its thinking back what is like the first time you fell in love, those feeling for someone else and the discovery of that, which when we get older were used to that feeling, those are the biggest thing we have to do.”

Kevin Hack as Tony: “For me it’s not very difficult, I find a lot of line very natural in Tony, I just had to put the shoes and costumes, make sure I can sing the notes and I’m good, the only time I have to prepare to something is the last scene in the show.”
Keely Beirne as Anita: “I’m so honored to play this role, it’s the role I always admired as a person, as a woman, as a female lead character in theater and I think she is so strong, its impressive for me that it is written in 1950’s, and a woman had such power, control and confident.”
Lance Hayes as Riff: It’s an amazing show to get part of, I could see the world. 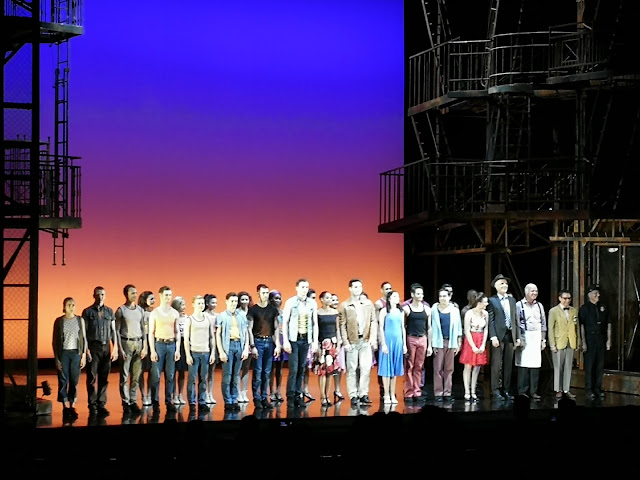