The Annual MADE Recognition and Exhibit Showcase 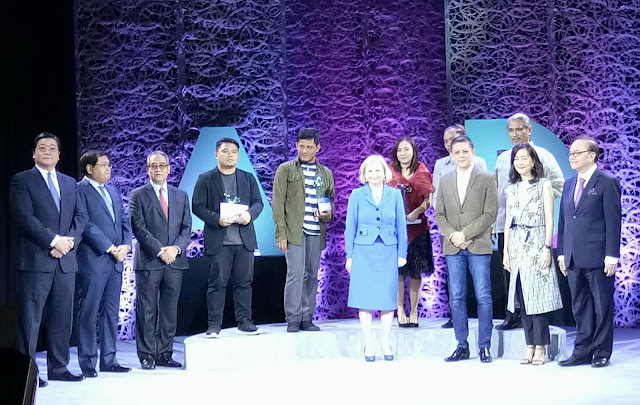 "IMAGINE" this year's MADE theme, challenged the artist's human imagination to create and empower their creative mind to showcase their true works of art exuded through painting and sculpting. "Genesis" by Paul John C. Cabanalan, was the Grand Awardee for Oil / Acrylic on Canvas Category. His masterpiece interpreted in four layers: his childhood, his hometown, his people and his beliefs in life in Iloilo. "For Those Who Lived And [Are] Forgotten " by Marvin E. Quizon, was the Grand Awardee for Watermedia on Paper Category. His painting of a lifeless bird with branches and flowers growing, denotes and connotes what comes after death, an interpretation of new beginnings and opportunities. A very similar scenarios to the victims of rampant killings and terrorism. 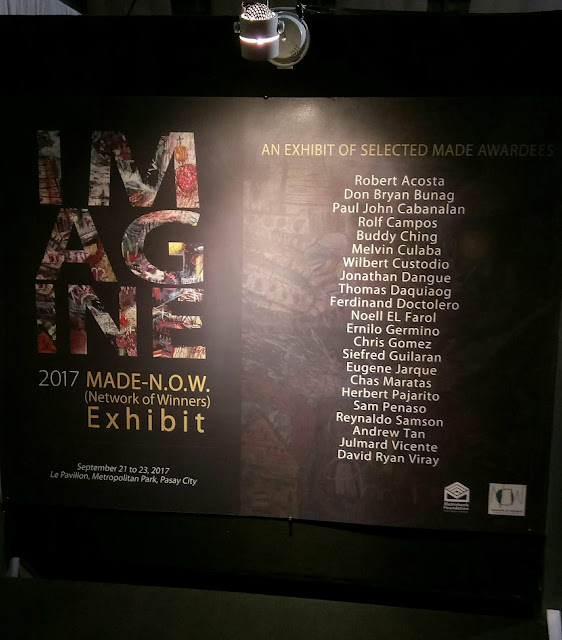 The recipient of Grand Awardee for Sculpture is " Pagtataguyod " by Moreen Joy Austria. Her work symbolizes the character and core of Metro Park, redefining a dynamic community and living a symbiotic relationship, truly a summation and crystallization of Filipino values. Pagtataguyod indeed aims to promote, patronize and foster.