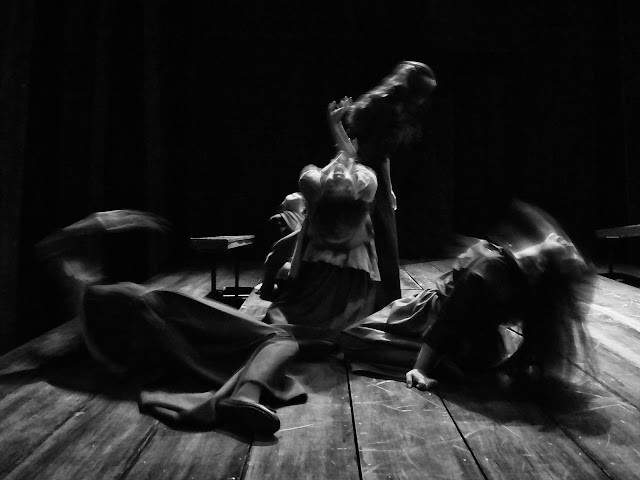 ANG PAG-UUSIG, its a Jerry Respeto's translation of Arthur Miller's “THE CRUCIBLE”. Its about the trial of several people in the neighborhood who are being accused of having seen or enter into an agreement with the bad spirit. 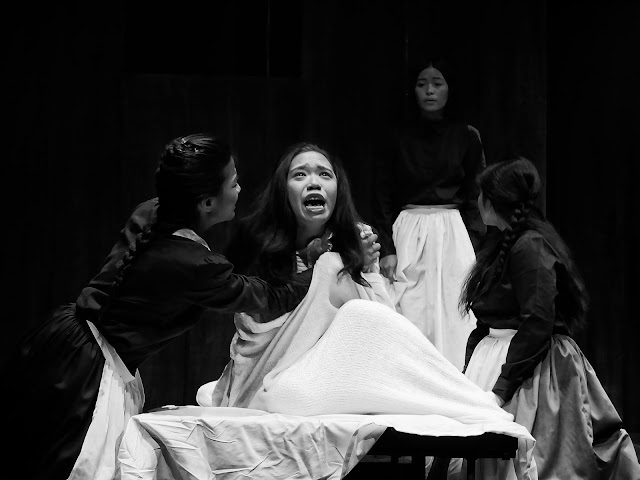 The story goes as Abigail Williams and her friends with Tituba, who happens to know witchcraft was seen by Rev Parris dancing in the forest while calling the spirits that Rev Parris believed to be the reason why his daughter got ill. As the story builds up, the real reason of the problem is for Abigail Williams to get revenge and oust Mrs Proctor by accusing her of being a witch because she believes that she can continue her relationship with John Proctor. 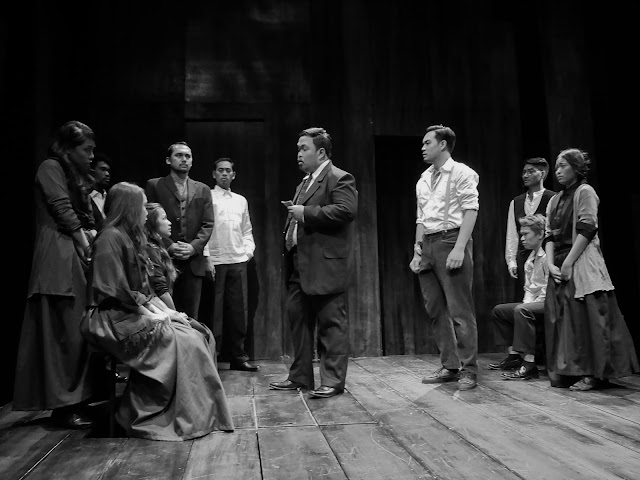 Mr. Proctor wants to clear his wife’s name and save her, she convince his house maid Mary Warren to testify against Abigail Williams. However, Abigail Williams with her friends are so strong in pretending that they are seeing things and that they are being influenced by demons or Bad spirits that Mary warren change again her Testimony. 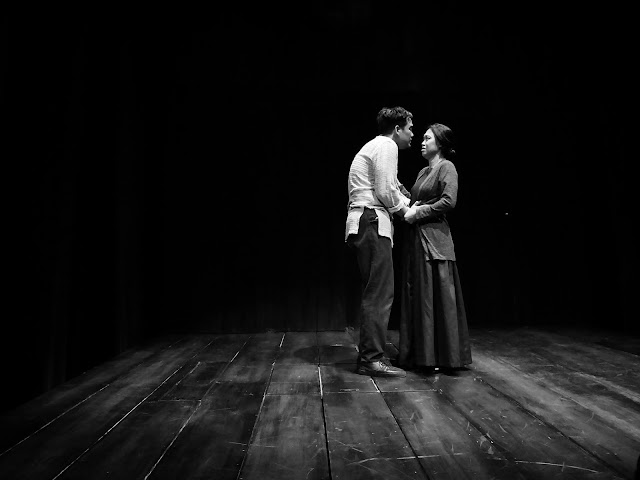 I love how Antonette Go portray her role as Abigail Williams, i get so mad at her for being so manipulative and shameless in her doings. Also she is so intense in handling her character. Also, I love the character of John Proctor, for being so brave to admit his wrongdoings to save his wife. The love he showed to his wife is remarkable despite the mistakes he committed in the past. I also like the portrayal of Rev Parris for being so self centered that i get so mad at him until the end. 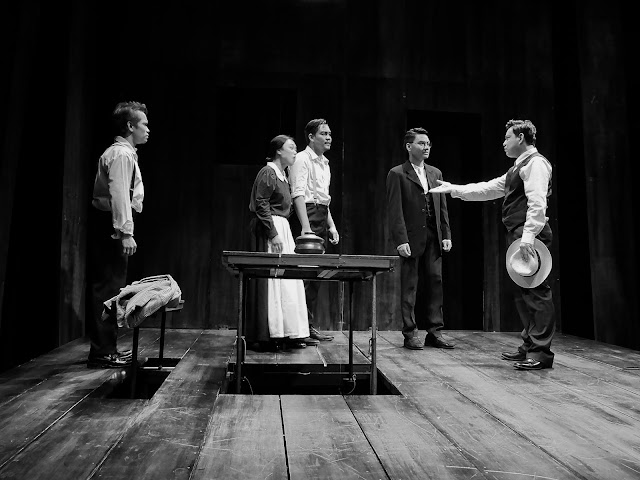 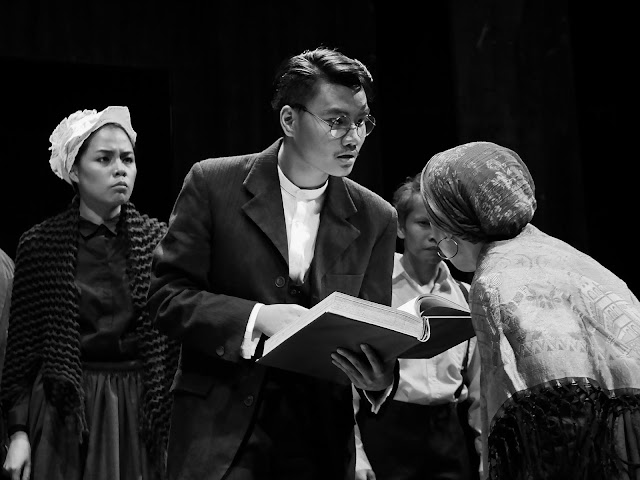 The production set was very minimalist. If you are used to big production play, this one is different. There were almost no props used, and lighting was a bit dark but blends well with the characters and the story line. At first one can think that the actors are rather stiff, movements were very minimal to none at all. But you can see after a few minutes along the play that these (minimal setting and stiff characters) were all done to highlight the characters who were delivering their lines. The style can draw the audience to the actor talking, listen and understand clearly. However, the use of one actor portraying two different character makes it confusing, especially to those who are not familiar with the story. 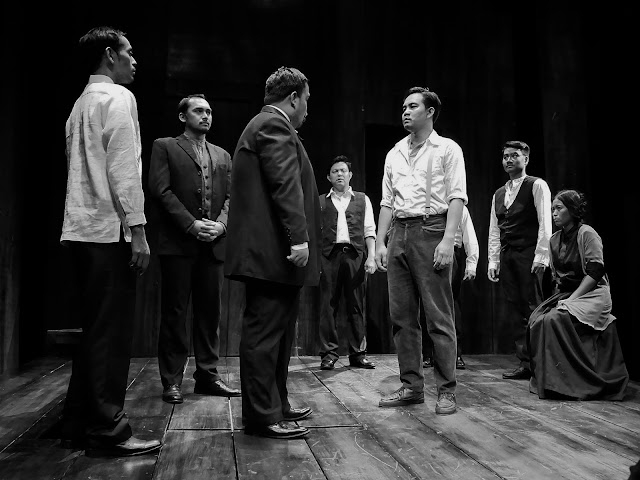 One word to describe the play... Intense. Aside from the plot of the story and the use of our language, the stage and the venue makes it more intimate to the audience. From the start to the ending, all were delivering their portrayal in the most intense way. The actors clearly gave their best in interpreting the director’s ideas. The play is very timely, the story line somehow resembles our current situation right now with our government. After watching, and reading between the lines, it leaves you questions like “Is it really happening?” Are they [government] really contols what was happening?” 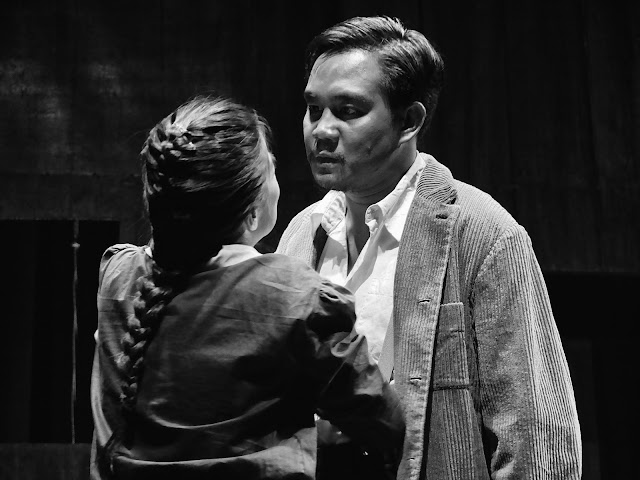 You can catch “Ang Pag-uusing“ by Tanghalang Pilipino at CCP Tanghalang Huseng Batute until October 22, 2017. 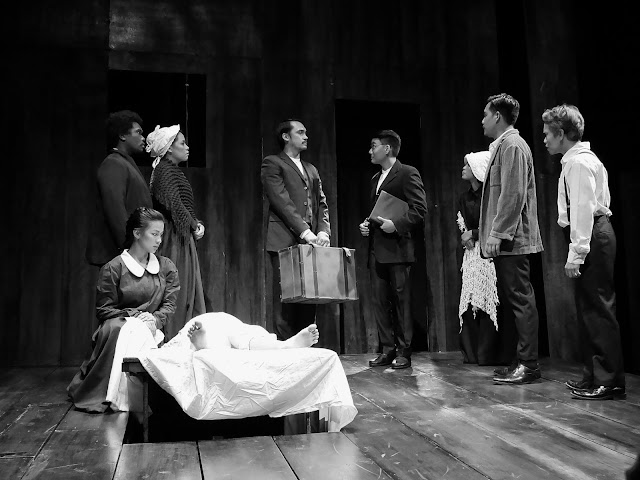 DENNIS N. MARASIGAN said…
Thank you for your review and wonderful photos!