A Christmas Carol Returns With More Grit, Depth And Spirit 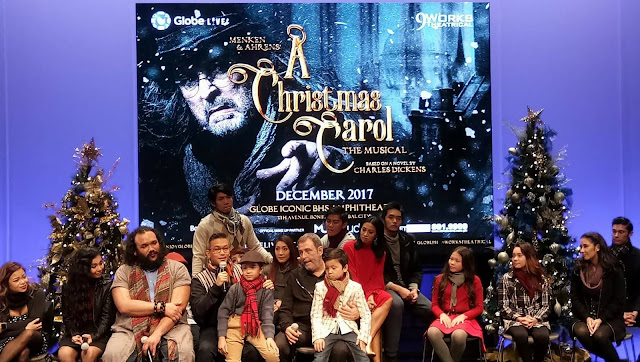 After its highly successful run and receiving rave reviews from last year, 9 Works Theatrical production of " A Christmas Carol " is returning at the Globe Iconic Bonifacio High Street Amphitheater at Bonifacio Global City, with new features and angles this December. There's no other triple threat musical worth fitting and worth celebrating this Yuletide season which Joe Caliro, Globe Live Executive Producer said, "It's the same musical, but with a different show”

Fresh from hit musical Newsies, Director Robbie Guevarra said, " The title is the same, the music, but with new direction, set, lighting and choreography."

With book by Tony Award nominee Mike Ockrent and with lyrics by Tony Award winner Lynn Ahrens, A Christmas Carol is based on Charles Dicken's novel originally published in 1843. It tells the story and journey of a wealthy old man, Ebenezer Scrooge whose life is full of bitterness and losses. Encountered and haunted by the ghosts of his past, present and future, Scrooge transformed into kindler and gentler man after he realized and uncovered the miracle within, the spirit of Christmas and the unconditional love of family and community. 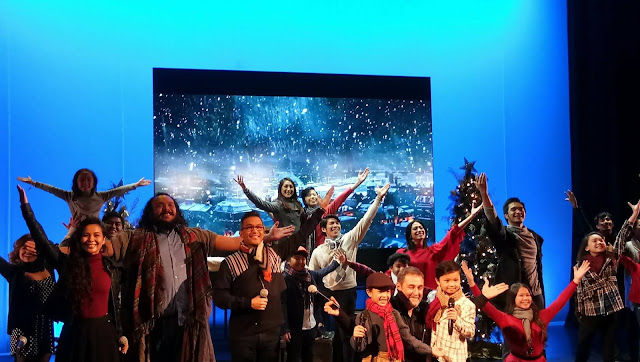 The spirit of Christmas will surely soar and heighten with the music of the legendary and iconic American musical theater and film score composer and pianist of Beauty and the Beast, A Little Mermaid, Aladdin, Pocahontas, Enchanted and Tangled. Menken earned eight Academy Awards, seven Golden Globe Awards, eleven Grammy Awards, one Tony Award, one Drama Desk and two Outer Critics Awards for his works.

This restaging production will feature old and new thespians who will give meaningful and magical moment of the most celebrated and most anticipated time of the year in the Philippines as early as September. Reprising and returning as Ebenezer Scrooge is Miguel Faustmann making it his third production with 9 Works Theatrical. Past, present and future production of Repertory Philippines, Faustmann is a veteran and resident manager that never fails to impress. Aliw Award Best Actor winner, writer and blogger Franco Laurel as Ghost of Christmas Past is having a theater comeback after long hiatus. The role was originally offered to him last year but had to decline due to schedule conflict. This production mark as his first appearance onstage with his daughter Mariella who's also part of the cast.