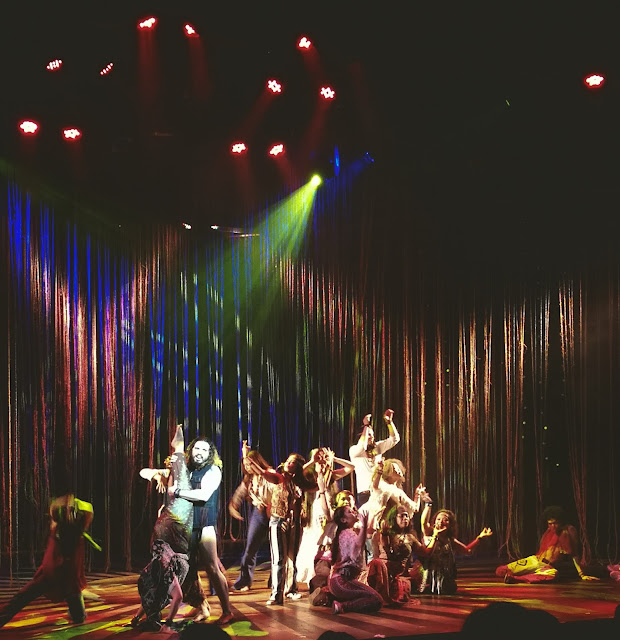 Last November 17, 2017, Repertory Philippines (REP) held the opening show of Hair as the year-end grand musicale for its 50th anniversary season. Filling the pot with hippie culture and lots of love, this Broadway acclaimed hit will surely give a high to its audience. 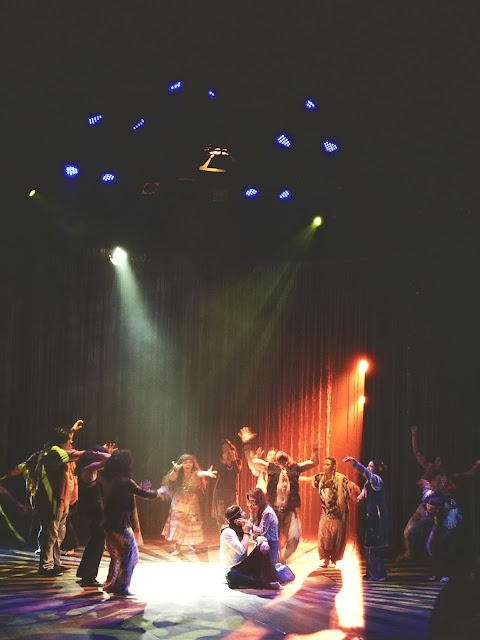 Set in 60’s America, the musicale circles around the culture of a tribe that thrives on the idea of society that mainly believes principles of love, peace and freedom. Caught up in an era of cold war, human rights revolution and birth of nuclear age, a flourishing tribe wages its own war against the society’s norm and creating a harmonious world in the age of Aquarius. As Claude, starred by Markki Stroem, found his free-spirited rebirth on the tribe will find himself in a dilemma of whether living up to his tribe’s principle or giving up his anti-war beliefs to please his own parents by signing up for a draft in Vietnam War. Tribal-rock jams and psychedelic lights and moves will accompany Claude and the tribe in this journey inside the tribe and will capture the little hippie inside of you screaming. 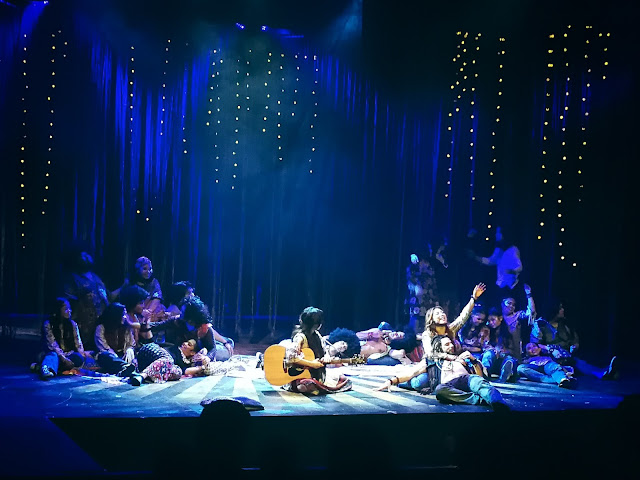 With Hair’s classic music and songs by Galt McDermot, the ensemble gave a phenomenal opening performance with the play’s classic hit “Aquarius”. Bright and vibrant lights and retro-bohemian costumes rage with passionate movements of that of freedom and recklessness. Flowers are everywhere, as crowns and offerings as they circled their audience with hypnotic melodies and chants. The performance was overall light but full of colors and personality, but undeniably there is the lurking depth of the subconscious society’s struggles. And, finding yourself humming and unconsciously giving those slow headbangs now and then over “Let the Sunshine In” and “Good Morning Starshine” will not be avoided. 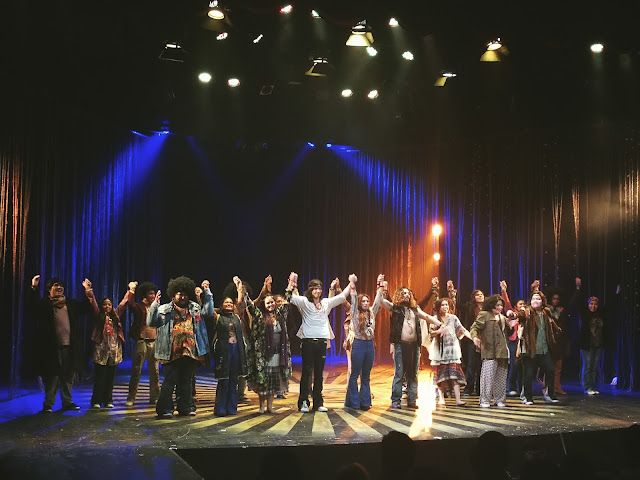 Based on the award-winning book by Gerone Ragni and James Rado and originally staged by Michael Butler, repertory give its local touch by staging it with completely local ensembles.  Frenzy hippies includes George Schulze as Berger and Caisa Borromeo as Sheila. The show will also feature guest singers Morisette Amon and Migs Ayesa and performances by thater veterans Shiela Valderrama-Martinez, Kim Molina, Ima Castro, Alys Serdenia, Abi Sulit and more.
Grab those flower crowns and get on the weaves and afro revolution. REP’s Hair runs from November 17 to December 17 at the Onstage Theater, Greenbelt , Makati City.

custom writing service reviews said…
Looking forward to this amazing show. Thanks for the share. I wish i could have watched this live. Is there is a way that I can get a recording on YouTube for this show?
November 29, 2017 at 5:29 PM

Palawanderer said…
As of now they don't have recording, maybe soon will update you here.
December 3, 2017 at 3:39 PM