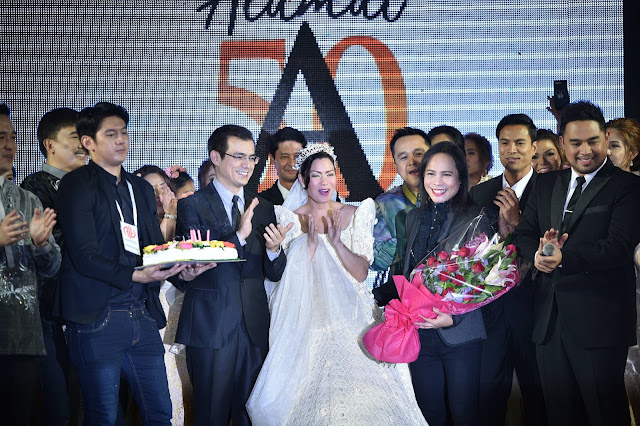 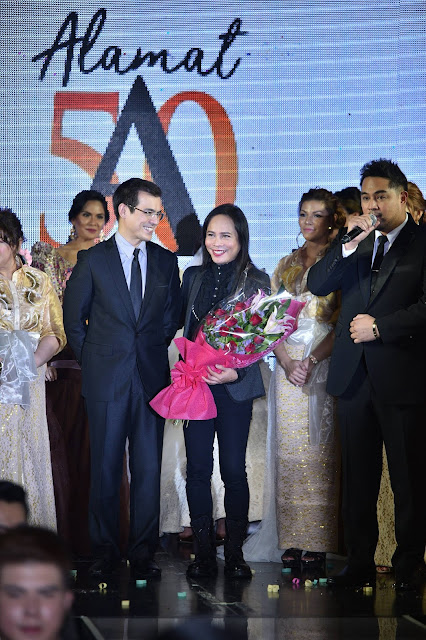 The muses and mannequins of both gender, graced and paraded wearing both new and classic collections and creations from the House of Agasang Haute Couture tailored into three segments ( Ang Alamat Ng Masikap, Ang Alamat Ng Sining at Alamat Ni Malakas At Maganda), "Ang Alamat Ng Limampu," a tribute to Filipino greatness, who made contributions to society whether publicly or silently, even ordinary Juan dela Cruzes who became his partners in promoting style and grace through his clothes over the years and the people who have a rightful claim to be called legends in their own right.
In attendance at the strictly by invitation show are real life couple Tonton Gutierrez and Glydel Mercado, World Champion singer Jed Madela who slayed the night with his powerful rendition of "This Is The Moment" from the musical Jekyll & Hyde, actor Rafael Rossel, thespian Ima Castro, Gail Blanco-Viduya, Ana Ramsey, Shanaia Gomez, 5th GEN, Mutya Ng Pilipinas President Hemilyn Escudero-Tamayo, former Manila Vice Mayor Isko Moreno, Mrs. Philippines-Globe 2016 Dra. Fritzie Lexdy Noche, Jam Ventosa, Bene Tan, Nico Raymundo, Gerome Bongco among others.