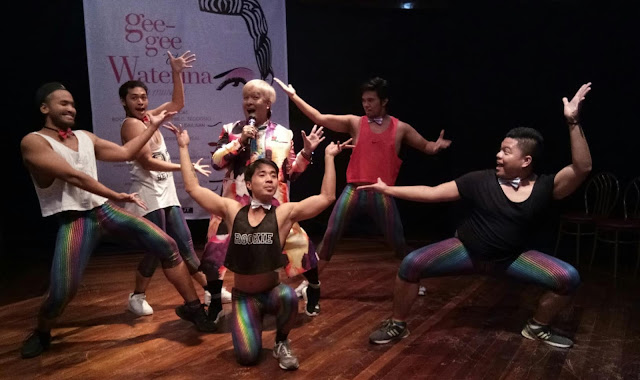 Originally presented as a straight play at the CCP Virgin Labfest in 2005 and a short film produced for Cinemalaya in 2006, the characters of Gee-gee and Waterina returns onstage this time as a musical. For their 4th Season, Artist Playground's first Original Pilipino Musical, " Gee-gee At Waterina, Ang Musikal " will debut on August 18, 2018 at Arts Above, Artist Playground II, located at 112 West Venue Bldg., West Avenue, Quezon City. 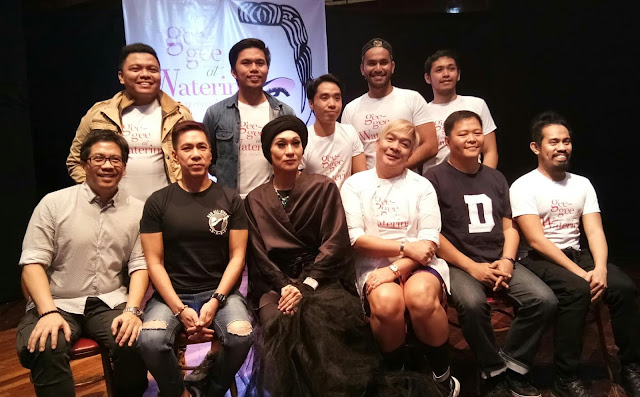 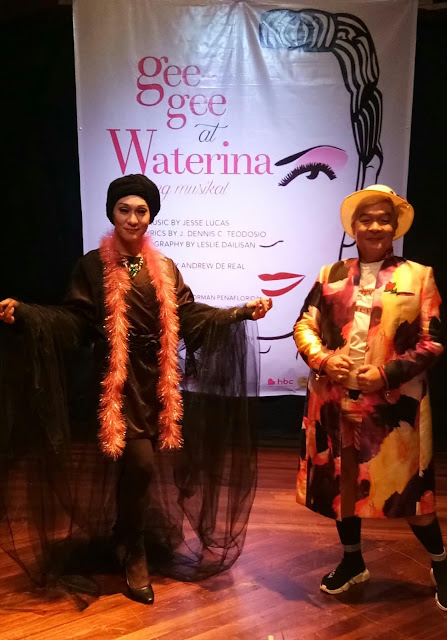 Supporting cast includes Bench Ortiz, Joseph dela Cruz, Nel Gumalog, Romeo Palma Jr. and Sean Nolasco. Follow Gee-gee and Waterina, the soon to be famous comfort gay, as they mull over the prospects of their newly acquired wealth where they launch into a comfortable tirade with their flaws and frailties through lines, songs and dances. All performances starts at 7pm every Saturday and Sunday, August 18 - 19 and August 25 - 26. 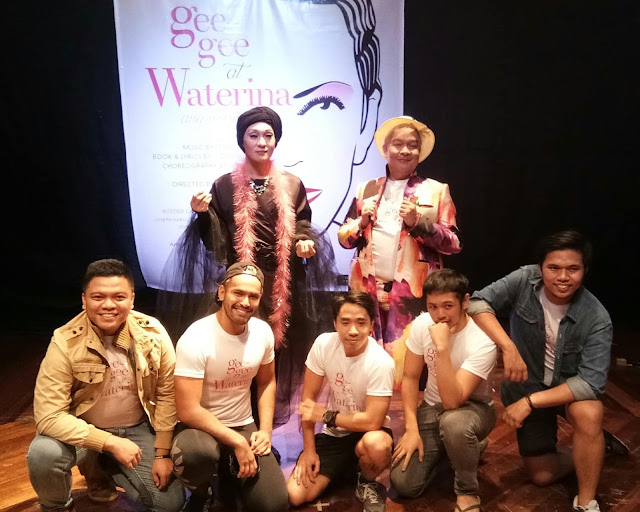