BALAG AT ANGUD, A Musical about the life of funeral parlor make-up Artist turned Visual Artist 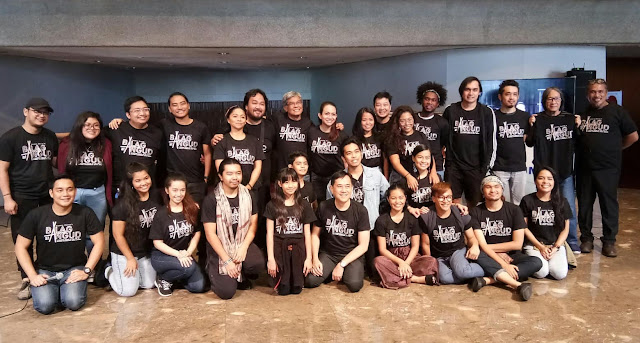 "I have been again entrusted with the direction of Layeta Bucoy "Balag At Angud " with music by Dodjie Fernandez of Patatag about the life of installation artist Junyee. His story will not only resonate with artists who in pursuit of their art have been met with seemingly insurmountable opposition and struggle, but with anyone who chooses to follow his heart and live accordingly," Director Audie Gemora said.

Cultural Center of the Philippines' resident theater company, Tanghalang Pilipino will open its 32nd Theater Season with an original Filipino musical about the life story of a pioneering Filipino visual artist Luis Yee Jr., better known as Junyee, written by Palanca Awardee Layeta Bucoy featuring the music of Patatag's Dodjie Fernandez and musical direction by Upeng Galang-Fernandez.
To influence and transform people, Junyee believed in the power of the arts, at the age of seventeen his original artwork was on display at the lobby of Palace Hotel. His father tried to get rid of his artwork because the clients referred it as garbage. For Junyee, his artwork is his way of enlightening people on the need of caring for the mountains of Agusan. His argument between his father made his reason for leaving home to pursue his craft and to support himself. He landed a job as a makeup artist in a funeral parlor. Upon hearing the demise of his father, he went home and applied makeup on his father's corpse. He went on to study Fine Arts at the University of the Philippines enjoying free board and lodging with regular allowance which came from respected artist.

As one of Professor Napoleon Abueva's apprentices while studying sculpture, he incorporated protest materials against Marcos dictatorship which prompted Professor Napoleon Abueva to give him the freedom to grow as an artist on his own. The vision of creating a sculpture finally saw the light when he created "Balag" a trellis structure made from bamboo bound firmly by ropes or strings where vines grow. His installation was displayed in UP Diliman with messages about protest, poetry or love notes tied on objects and paper.

In the aftermath of typhoons Milenyo and Reming, he gathered the felled and looted trees for firewood around the CCP Complex to create an artwork at the front lawn of the Cultural Center of the Philippines, he replaced it with ten thousand "Angud" the part of the tree trunk where holes are drilled and that part with the hole is stripped, chopped and discarded. He fell off the stage during the launch of his outdoor installation, Angud: A Forest Once. An artist against all odds, his art manifests an abiding love of life, love of nature, love for country, love for art and love for family. In keeping with Tanghalang Pilipino 32nd Season's theme "PIlipino" the musical recounts the choice he made to follow his passion against the wishes of father. 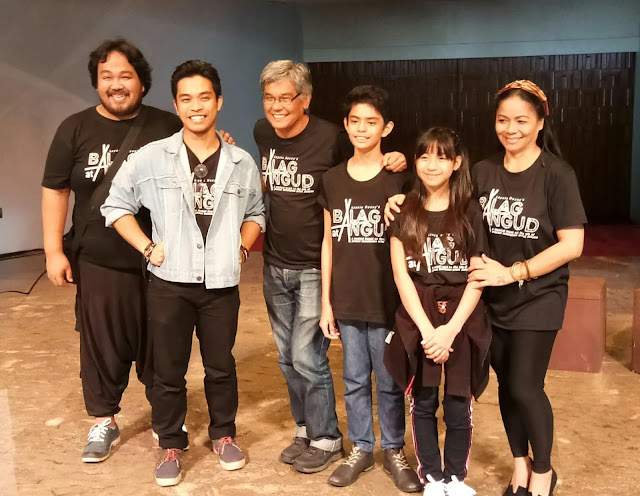 Balag At Angud will play from August 31 to September 16, 2018 at Tanghalang Aurelio Tolentino (CCP Little Theater) every Saturday and Sunday at 3pm, Friday and Saturday at 8pm and with special shows on September 7 at 3pm, September 13 at 3pm and 8pm and September 14 at 3pm. Tickets prices: P1000 for Orchestra Center and P800 for Orchestra Sides. For ticket reservations, group sales, sponsorships and special performances, contact Lorelie Celestino at 09156072275 or Juan Lorenzo Marco at 09998843821. Tanghalang Pilipino at 832-1125 local 1620/1621. Tickets are also available by calling CCP Box Office at 832-3704 or Ticketworld at 891-9999. Email info@tanghalangpilipino.com for information.