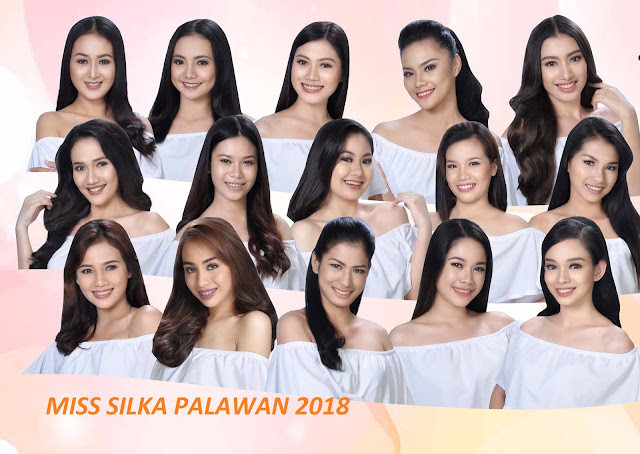 The 15 official candidates of Miss Silka Palawan 2018 is now on roll for hectic schedules, after passing the screening last July 13-15 at the Chinatown Center Palawan, they will be presented at a show on August 3 at the Activity Center of SM City Puerto Princesa, organizers Cosmetique Asia Corporation and Travel and Marketing Experts, Corp (TMX) announced it last July 31.

The Talent and Swimwear competitions will be held at the NCCC Mall Activity Area on August 4 and 5 respectively. The winner will be crowned at the Grand Finals on August 25 at Robinsons Place Palawan which will be graced by a TV celebrity from Manila.
Pageant Skin whitening whitening soap