Jon santos tie up with PETA for Trumperte.

By Palawanderer - October 18, 2018
Iconic Filipino comedian and actor Jon Santos is re-staging his very timing one man show called “Trumperte” this coming Oct 26 to 27, at the PETA Theater Center, this is the first time that Santos partner with Philippine Educational Theater Association under the Direction of Michael Williams.

The show will showcase the usual Jon in many political faces like Pres. Digong, US Pres.Trump, US First Lady Melania Trump, young actress Liza Soberano, plus some notable personality that Jon is identified like former First Lady Imelda Marcos and many more. According to Santos, the show is depending on the headlines, so expect changes before the actual performance night that varies on latest political issues.
During its launching last Oct 9, we have a load of laughter especially the Imelda part, Jon is all witty and intelligent to respond immediately from the comment of his audience, it also features performances from Isprikitik Improv, a next PETA event to watch out for coming this October to November.
“Naniniwala ako na comedy is a nice barometer for social tension, magandang magkaroon ng one hour and half relief from traffic, prizes, headlines, and we realize na ang dalawang super headlines grabber ay ang dalawang presidenteng etu, hopefully after an hour or two with each other ma-realize nila na ang mga bagay na pinagbigyan mong matawanan ng kunti, can heal and you move on the next day to live again.” Santos said 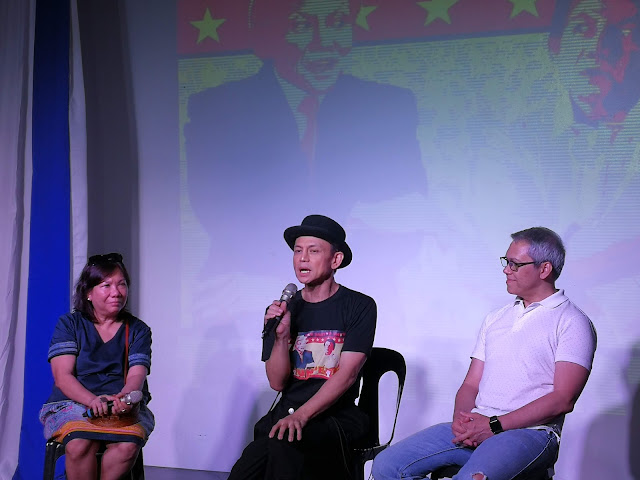 After 30 years of doing political comedy, Santos admit that having PETA this time will add some changes that in line with the theater advocacy, Trumperte will have open forum segment after the show where in the audiences can ask questions anything in line with the content of the show.

“May Q and A, first time ko magkaroon ng talkback, my sharing after the show na nakatanggal na ang make up, haharap ako sa kanila, maybe to talk a little bit about the process, andun yung E ng PETA, educational and truly inspiring, nakaka-nerbyos hope I can answer all the questions.” Santos added.

Trumperte is written by Jon Santos, Enrico Santos, and Joel Mercado , with stage direction by Michael Williams. Tickets are now available at Ticketworld.com

Here is our interview with Jon Santos.