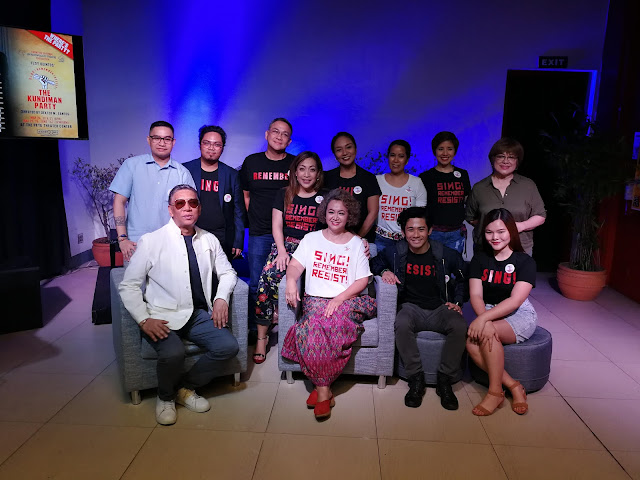 It was 2018 most memorable, meaningful and relevant original Filipino play that features Kundiman songs use in musical theater, a masterpiece by Floy Quintos for UP Playwright is now making a return this time in PETA Theater as its new home.

Quintos is kinda hesitant at first in doing the restaging, but he was overwhelmed by the unanimous decision of PETA Board of Directors in choosing his creation to be perform in PETA with larger audience and to share the message especially to the young audience. 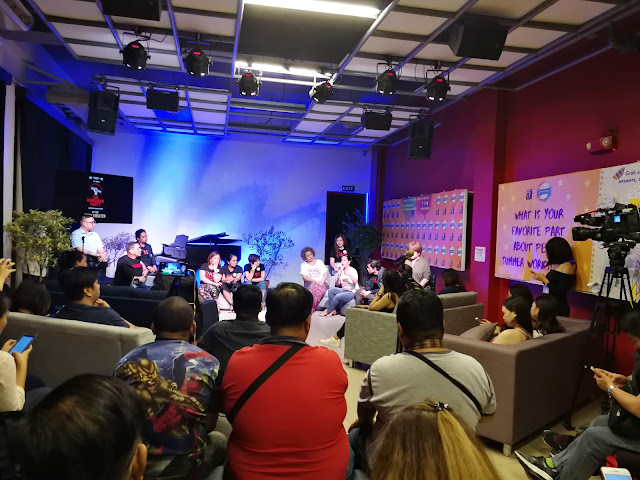 The restaging will reunite the majority of its original casts lead of course by Shairmaine Centenera-Buencamino as Maestra Adela, the voice teacher whose nationalism is awakened along with her friends and students, but Quintos admit they are doing a little script revisions on some political satire such as the issues of Chinese invading the Philippines, and the upcoming results of National and Local Elections.

“We have 3 new cast members, we have Gabby Paguirigan who plays Ludwig, we have Boo Gabunada who plays Bobby, and we have Nonie Buencamino who plays Senator Juancho, and of course we are  in PETA Theater so it’s totally new venue for us, and we have small re-writes depending on what we are looking at on a day-to-day towards the elections, and after the elections. Basically it’s the same re-staging as Dexter Santos created for UP Playwrights productions last year.” Quintos added.

It will be exciting to see onstage Nonie and Sharmaine performing in one play, as everybody knows the two are couple in real life, we are excited to watch the two of them exchanging lines or maybe doing a duet in one of Kundiman songs.

“The lyrics are very intact, for me to make it very relevant is to re-introduce it, and the best way to reintroduce it, is introduce it in the most purest form, that’s very important para maramdamam lalo na sa mga millennials, anu tong naririnig nila, tama its slow but at the end of the day like the characters Antoinette and Bobby they were move by it and discover more.” Director Dexter Santos explain.

The Kundiman Party is not a musical, but the show magic weapons lies on the songs use for this production, and these are Bituing Marikit, Kundiman ng Lahi, Madaling Araw, Mutya ng Pasig, Nasaan Ka Irog, Pakiusap and Pilipinas Kong Mahal, mostly arrange and scored by Ryan Cayabyab and Krina Cayabyab.

Other cast includes Miah Canton, Rica Nepomuceno, Francis Makil-Ignacio, Stella Canete-mendoza, Jenny Jamora and Missy Maramara. The party will start in PETA Theater starting May 24 and will last until June 2, 2019.