Rak of Aegis Season 7: Back to its Roots, theater review.

By Palawanderer - July 11, 2019
Dubbed as the longest running contemporary Pinoy musical play, Rak of Aegis returns for another season. On its much-awaited comeback, Rak of Aegis sarted its season with gala night last July 5 on its home, PETA theater Quezon City. For its seventh season, the musical looks back to its roots and pays homage to the original Filipino music.

Since 2014, Rak of Aegis has become PETA mainstay play which grows bigger, both in casts and production, each year. Written by Liza Magtoto and features classic jukebox songs of Aegis, the play revolves around Aileen’s dream of becoming a famous singer by becoming an online viral sensation. Together with the hilarious community of Barangay Venezia, the play portrays the struggle of achieving big dreams in a poverty-stricken society. 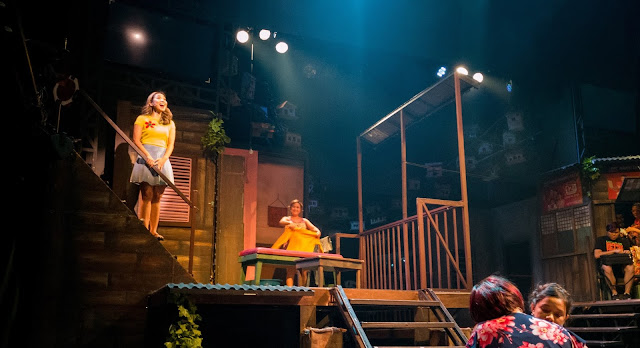 Tolits and Aileen’s Rendezvous
With its impressive Six-season run is the Rak of Aegis still worth to watch the 7th time around?
The Material
With the same material DNA of that of the 2014 run, the plot might be very predictable this time if you have watched it for the nth times. No plot twist or any major insertions- literally the same. However, adapting the script, lines and humor into up-to-date is refreshing to watch without compromising its social relevance. As an nth-time watcher, I do realize this time that the plot is dragging and lacks of a steady strong build up on the first half of the play, thus making the second part as a chunk of fast yet weak build-up of conflicts and resolutions. I don’t know, if this could be attributed to the fact that this is a musical and that it works like that or the singing parts are too long. Although those parts are mostly impressive.
The Set
“Never disappoint” maybe the production’s mantra. Realistic and Innovative are two of the words that best describes the set of maybe the best or one of the best local stage plays. The set was built to its functionality in creating both mood of the reality and a glimpse of fantasies. No wasted spaces left, and the use of whole theater gave the audience the feeling of being part of the play. The transitions between scenes were great and each scene have their distinct ambiance and aesthetic. Aside from great music and vocals, this is the money note of the whole production, and I’ll gladly pay for this one. 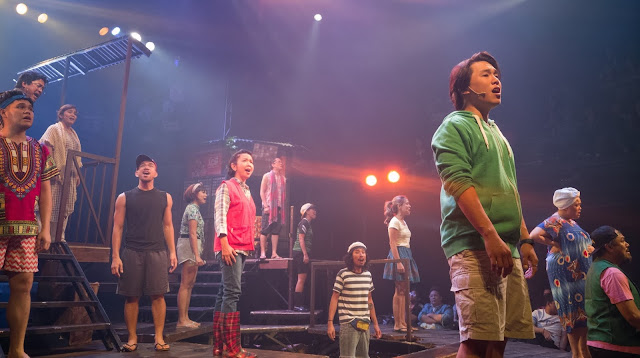 The Acting
The casts’ ensemble for the gala night is a safe choice of mostly veteran and original cast members. Fresh from her Miss Saigon tour, the songstress really amped her game with her effortless yet flawless acting as the main protagonist. As for me, this is her best performance yet as Aileen, as her experience and maturity on the international stage really shine through on her performance. Isay Alvarez-Seña as Mary Jane was just a pleasure to watch. She has the most heart-warming performance that night and her vocals are unparalleled. Jimmy and Pepe really brought the house down with their on-point humor and stellar performances. Speaking of the best vocal performance, the magic bunot of the night would be Vince Lim’s Kenny. Those live vocals could go on a recording even on that instant in a live set. It’s a decibel to be living.

One of the reasons to watch Rak throughout its seasons is the inclusion of new faces and talents who would bring a fresh take on a different persona on the play. Although the ensemble of veteran on the roles is a good idea for a gala, a taste of new face/faces could give a good kick to the butterflies on everyone’s belly on that night. 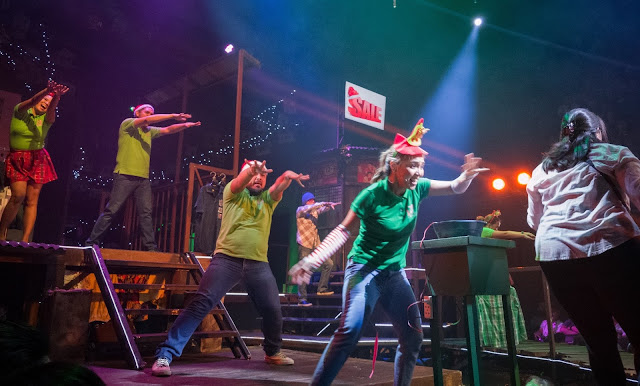 The Direction and The Music
Get my wig on this one. The music still has its undeniable magic. The arrangement of the classic jukebox songs gave that plot its body- a perfect one. Myke Salomon’s genius arrangement and music polishes the rusts and brings out the gem on the quintessential jukebox classics of Aegis. With the popularity of local contemporary musical these days, still Rak of Aegis aces the game. I still have the LSS over the songs after a week and would probably stick for another week.

The acting and movements were on point. Ensembles’ acting feels very natural, nothing in excess, yet effective. There are no annoying nuances even on the musical parts. The dance movements are impressive but still a piece of cake on the eyes. Ultimately, the use of the whole room as its canvass makes the audience feel more attached to the play than just a mere spectator. 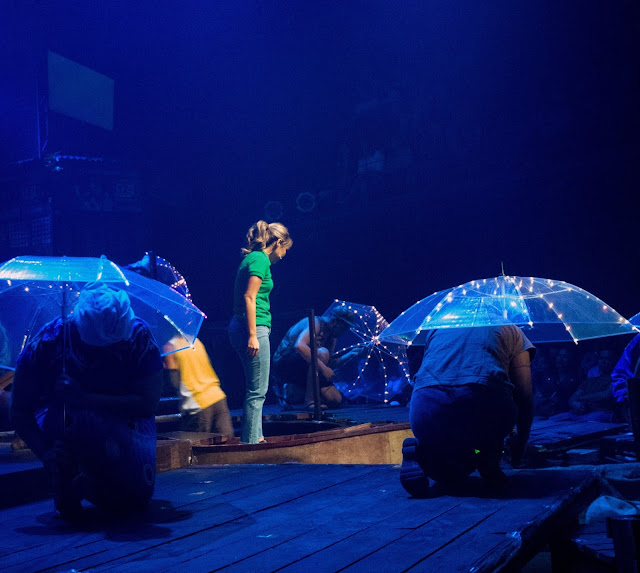 The Verdict
Overall, the gala show was a showing of the roots and foundation of what it takes to be the longest running contemporary musical- a synergy of great vocals, seasoned actors and a genius’ masterpiece. It may lack of the fresh kick but it brings the standard even higher. The gala show may feel like the adobo from the other day, however it reminded us of what the show is all about for years- its social relevance to the struggles and dreams of the marginalized. Rak is a story of each of us in a way or another.

Gala Night Rating: 8.25/10
Catch Rak of Aegis Season 7 and the rest of the Brgy. Venezia from July 6- September 29, 2019 at the PETA Theater, Quezon City. For tickets, visit Ticketworld.com.ph.