By Palawanderer - July 28, 2019
Home and institution for most of the country’s successful homegrown artist, Sony Music Philippines launch their newest promising musical acts as an addition to their growing family last July 24, 2019. A batch of upcoming acts includes the country’s hip-hop prodigy Alex Bruce, the pop-rock band The Vowel They Orbit, folk-pop chanteuse Syd Hartha and the funk-soul band Nathan and Mercury.

Alex Bruce: The Hip-hop Prodigy
This 12-year-old rapper breaks the online music scene through her viral YouTube videos and her hit collaboration with Ruby Ibarra on “Game Up”. With a family that is highly inclined to music and the art of rapping, Alex grew into her brand of rap that is unapologetic on self-expression and relevant experiences on her age. She started writing her own materials since she was 10 and is highly influenced by her personal idol Rubi Ibarra and the classic Tupac Shakur-giving both contemporary and classic rap-core flavor on the table. 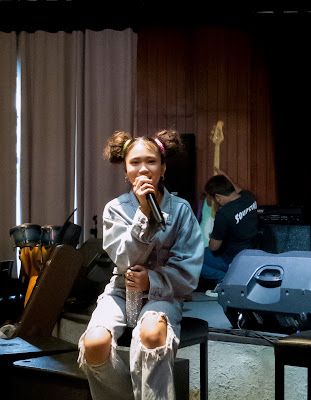 She now started to trailblaze the mainstream scene by releasing her debut single “Pull It off”, which placed as high as #3 on Wave 89.1's Hot 8 @ 8 edition, several guesting to major radio stations and even had a solo spot at PBA's Halftime show.
Nathan and Mercury
Anchored in their solid musical influence of amalgam of punk, R&B, and soul, together with a strong jazz-sounding vocal, Nathan and Mercury would easily stand out from the current bands out there. Their debut single “Fools” fully exhibits their sophisticated songwriting approach that would remind you of a gospel-jazz ’90s by giving you a great Peabo-Bryson-like vocal accompanied by a modern contemporary melody. Started in a birthday party gig, Nathan Huang (guitars and vocals) Angelo Sison on bass, Alex Samonte on guitars, and Daniel Monong (drums) decided to create music together which leads to bigger performances in the live music gigs and recently landed as the opening act for numerous international acts’ concerts.

With a platform that could reach a wider audience, this genre-bending band would like to introduce to the public an array of bold music that would transcend genre, time and conventions. Nathan. and Mercury is an act that is set to be a clear-cut breakout artist for this generation.
The Vowels they Orbit
Swinging a bat on the current trend of electro-contemporary music, The Vowels They Orbit lands a home-run with their latest single “Selosa”. With a great LYRICS and arrangement that reminisces 2000’s contemporary bands and a current beat, the band nails the mark of an LSS-hit that garnered strong traction on music streaming media. This new indie band has created their own identity by sticking to meaningful words married with captivating radio-friendly melodies. Tracing their roots back when they are students in UST, Nikka Melchor (vocals and rhythm guitar), Hannah Dela Cruz (keyboards and vocals), Jeremy Sayas (drums and vocals), Gene Santiago (lead guitars) and Patch Javier (bass guitars) started over multiple jamming sessions in Cavite which led to the formation of the band. The band earned to have their breaks after Soupstar Entertainment's Darwin Hernandez heard their demos landing them in their management roster and performed as front acts for bands such as Autotelic, Gracenote, and December Avenue, and as well as one of the guest acts for American pop-rock sensation, Against The Current's concert in the Philippines.

With their musical influences such as The Cardigans, The Beatles and IV of Spades, the band is looking forward to giving their audience a share of retro-pop-rock Filipino music.
Syd Hartha
Bold, provocative, and socially-relevant are three words that describe the music of the upcoming folk-pop young chanteuse Syd Hartha. At 17, she released her latest single “Ayaw” which dips on the concept of consent and sexual harassment. With her soothing tone that is a mix of blues and folk with a progressive message, Syd Hartha’s music is contemporary of those of Johnoy Danao, Joey Ayala, and Yano. Syd’s journey started at an early age of 12, learning how to play the guitar, keyboards, and ukulele without formal training. Her online presence grew through her posted covers and videos on music sharing platforms that gained tractions.

Shying away from the mainstream hugot-themed music, Syd Hartha is making her authentic brand through songs that reflect the grassroots realities of the society through a wide array of experimental sound that exhibits her talent in playing instruments. Now, as a Sony artist, this eclectic artist is set to release her debut EP under Sony Music Philippines in the coming months. 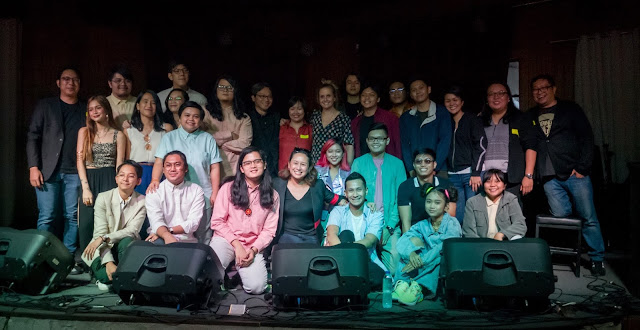 With Sony Music Philippines ' wide reach and undeniable strong multimedia presence, the said homegrown artists and bands are set to achieve their respective commercial success and earned their spot as one of the local artists to take the local and regional music scene by storm.