JDT is about a 14-year-old farm boy whose life is upended when a video of him brutally attacking a classmate went viral, John Denver Trending also scooped up five awards.  As per citation “for its highly relevant subject matter, its highly convincing characters and effective ensemble acting by a cast of non-professional actors; for the nearly epic sweep of its masterful use of the resources of cinema to depict a boy’s entrapment and doom; and for its coruscating critique of social media as an engine of lies, hate, and destruction.”

Thop Nazareno’s Edward, whose lead character comes of age, as he is left alone to take care of his father in a public hospital, is the Special Jury Prize winner, the film also bagged the awards for Best Supporting Actress for Ella Cruz and Best Production Design for Alvin Francisco.

Best Direction award went to Eduardo Roy Jr. for F#*@ BOIS.   The film also gave Ricky Davao the Best Supporting Actor award for his portrayal of a libidinous politician with a fondness for young men.  Davao was cited for “for lending the weight of his artistic acclaim and professional reputation to independent cinema, and for taking on a very daring role and effectively playing it without lapsing into parody or cliché.

This year’s Cinemalaya attracted almost 55,000 audiences in CCP alone, and have a growth in gross of 25% compare to the previous years, its Facebook page has 100,000.00 organic likes and still counting. 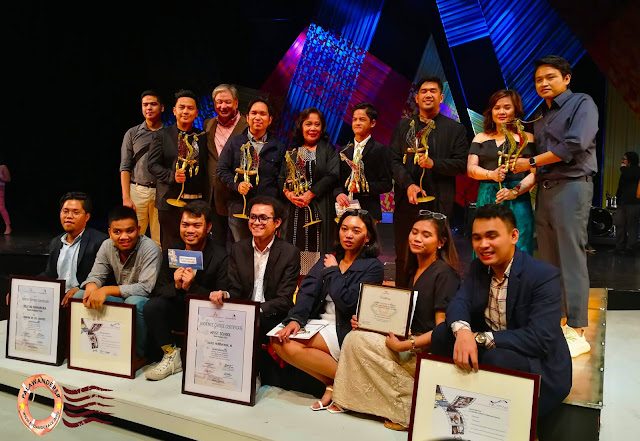 This year, Cinemalaya went nationwide.  It was held at the CCP from August 2-11 and at selected Ayala Cinemas and Vista Malls in Manila, Pampanga, Naga and Legaspi in Bicol, Bacolod, Iloilo and Davao from August 7-13.

Cinemalaya was established in 2005 with the aim to discover, encourage and support the cinematic works of upcoming and veteran Filipino filmmakers who boldly articulate and freely interpret the Philippine experience with fresh insight and artistic integrity. For more information about Cinemalaya, visit www.cinemalaya.org, www.culturalcenter.gov.ph and the Cinemalaya Facebook page.
awards night Film Festival Films movies Winners