Philippine Stagers Foundation, Inc is identified in producing grand spectacle theater play that is base on history that shapes our nation, mostly watch by different schools, State Colleges and Universities throughout the Philippines, their latest production, Sindak 1941 is an added laurel to their growing list of hits. 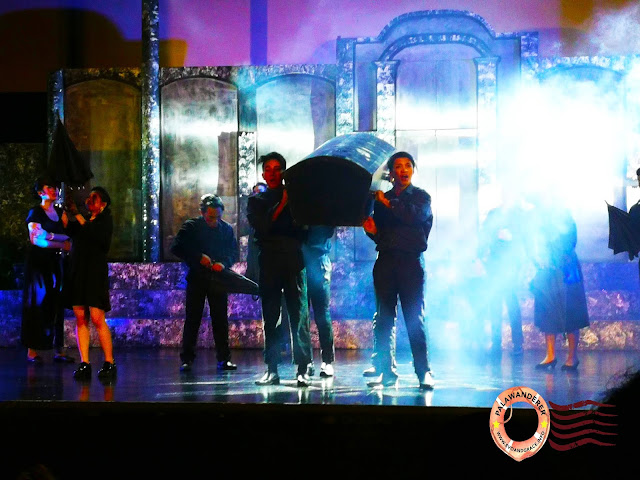 In Sindak 1941, is the newly enhance and complete story of their previous play entitled “Filipinas 1941”, a story of two brothers trying to earn a living in a time there is no God, a time the Japanese occupy The Philippines with no mercy. 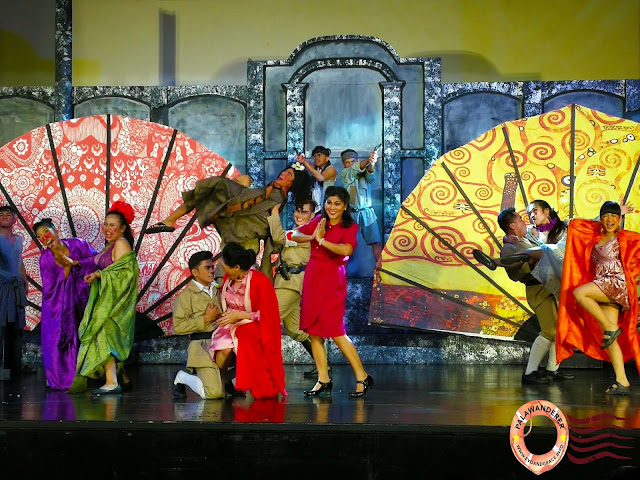 Sindak or scary stand to its title, it did show a lot of scary and miserable things experience by Filipino in the arms of the Japanese military, the unforgettable Bataan Death March, the comfort women issues and mass killing, and the so-called hero of World War II, Gen. Douglas MacArthur. 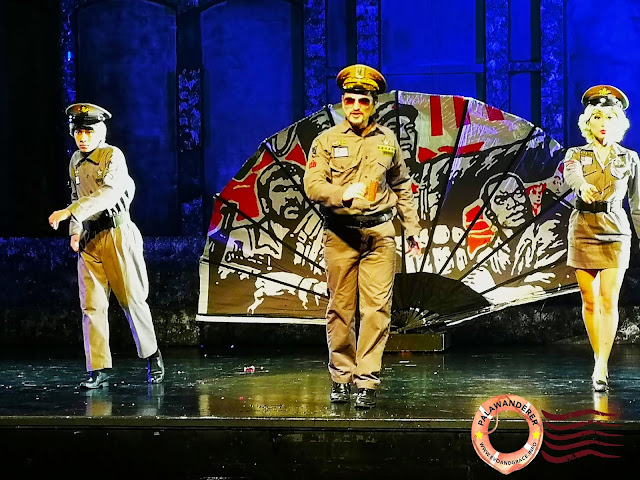 The play is so brave in pointing out some wrong notion, in correcting some historical facts that its writer and director, Vince Tanada is standing on pointing out that MacArthur receives a lump sum amount of money from Philippine government, in order to fulfill his promise to return and save the country. 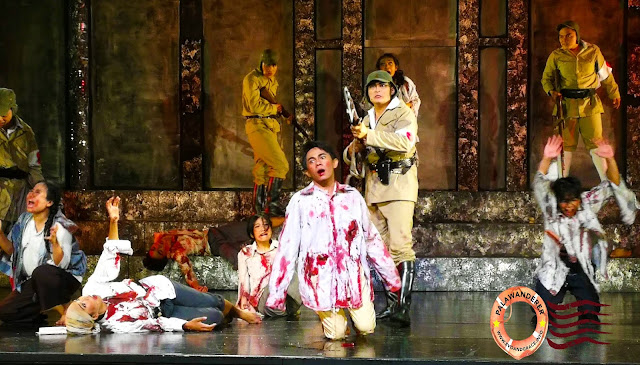 Sindak at some point is loud, fast-changing a scene one from another, gloriously orchestrated production numbers that are considered heavy yet eye candy to see with all its colors and music. Choreography is executed well in all numbers to a point some are unnecessary due to the fact, it is presenting a murderous act. But I salute the music, its good and really conveyed a message, our favorite song is “Kung Wala Ka Man” that can pass as a love song in pop culture. 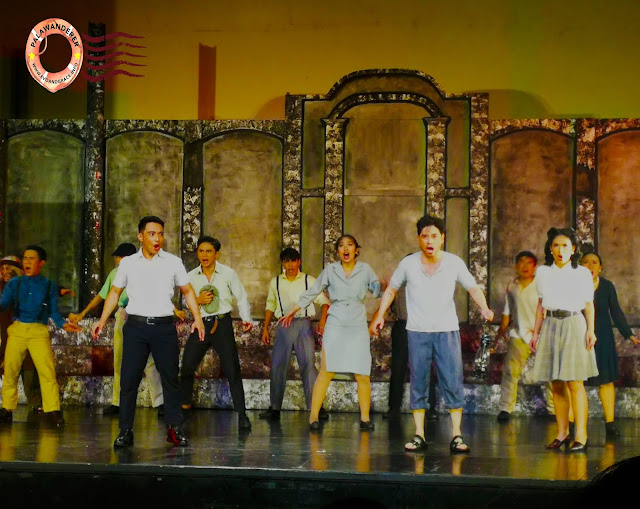 Stagers prove in many times they can really act well whatever the stage they are in, it shows how good they can change emotions up to hardcore pause moment that a scene requires them, PSF luminaries Patrick Libao, Adelle Barrientos, Chris Lim, Oj Bacoor Kath Medina, and Cherry Bagtas are some notable actors who did shine in Sindak. Tanada’s humor and punchline add so much flavor that gives breath to its audiences. 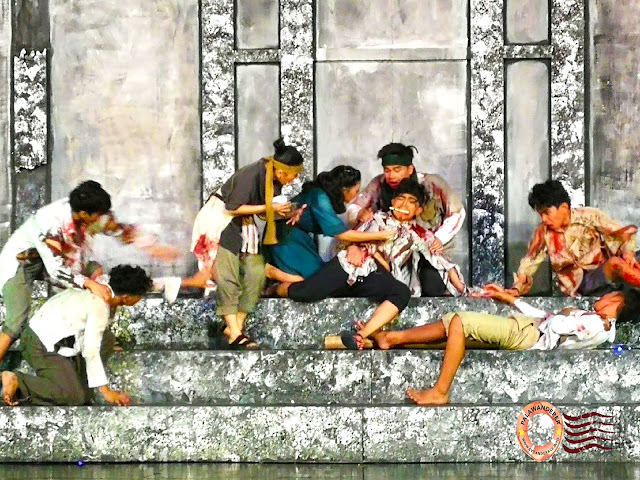 Big applause in Sindak is how he makes his audience cry, most of the bloggers invited during its regular show in Star Theater recently did shed a tear when Felipe die in the lap of his brother Nestor, and calling for hope to his undivided nation, that he still adore and love until his last breath.
It may sound nationalistic, but its more on a grand production numbers with all magical lights and beautiful costumes, PSF Sindak is a living dream of educating the young mind of this tragic past presented in a more organize theater production, that only PSF can deliver. 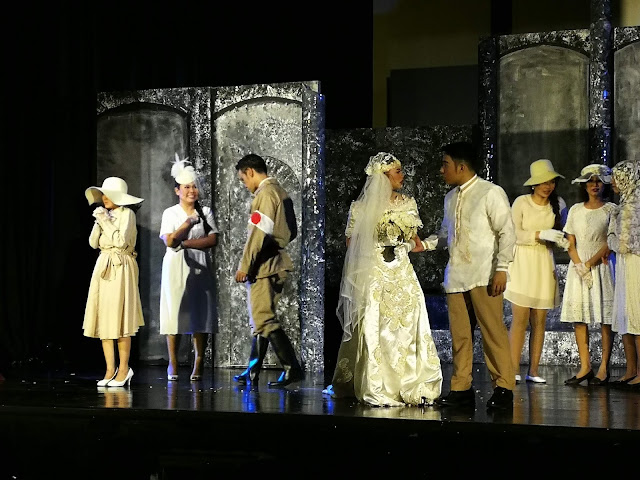 The musical SINDAK 1941 opens last July 11, 2019, and will run up to March 2020, to be shown in various theatre venues all over Metro Manila and select venues in various provinces all over the Philippines. 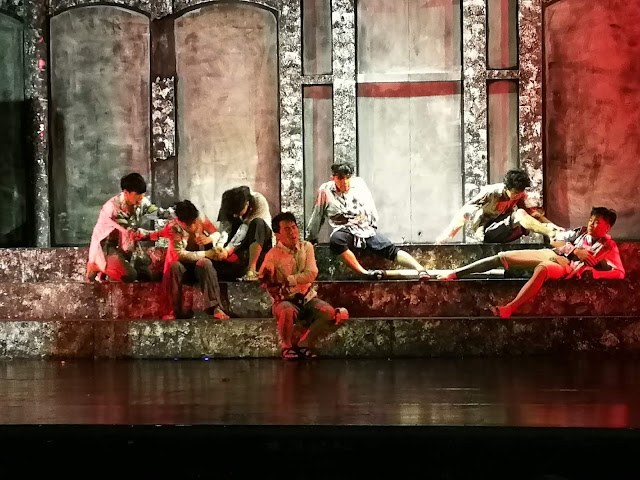 For ticket inquiries and show buyers, you may get in touch with 0956-669-0335. For more updates, follow #sindak1941 and Philippine Stagers Foundation on Facebook, PHILIPPINE_STAGER for Instagram, and @philstagers on Twitter.
Filipino Original Musical Play Musical Theater Theater review