Credit card debt consolidation is something many of us will have done at least once or considered doing. The immediate advantage is to save money on interest rates by moving balances on to a loan which will charge a fixed rate of interest with fixed repayments. 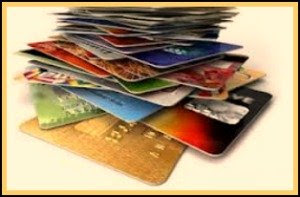 The wise move to make then is to cut up your cards and then just pay off the loan. So how many people actually do that? Having a clear credit card in your wallet is too tempting a thing to have now you are under the illusion of it being clear. Typically we’ll hang on to it ‘just in case of emergency’.

Then a few months down the line we find it maxed out again, we’re back where we were making the loan repayments and card payments with their high rates of interest again.

The credit card debt consolidation cycle can repeat itself a few times before the consumer realises what they are doing,- by which time their overall debt has plunged so far into the red that it’s a serious problem.

In the worst cases payments will have been missed or made late so obtaining loans from established lenders will not be an option leaving debt management, bankruptcy or bad credit loans as the only options.

This scenario – sometimes referred to as ‘the middle class trap’ is so commonplace that the question arises – “Why do the lenders allow it to happen?” Recent reports have shown that some lenders are in fact very actively and aggressively engineering their customers to get into situations like this.

Credit card debt consolidation is a very profitable line of business, not only for the high street banks but also for the independent lenders, bad credit loan companies and debt management companies.

When someone has their credit card limit extended, or gets upgraded to a higher grade of card they feel special. They feel like they’ve been accepted into an upper echelon now that their ‘financial status’ has been upgraded. They are made to feel that all of a sudden they can afford to spend more because they have more credit at their disposal.

Credit card debt consolidation is best done onto another card with a period of 0% APR giving you the chance to pay off the premium amount and not interest. Of course you will have to exercise extreme discipline to avoid the middle class trap if you are to be successful. The alternatives to forming your own debt busting plan will only cost you a lot more in the long run and keep you in debt for longer than you need to be.

The most effective and self serving way to do it is to have Punch Associates do it for you to have a debt busting plan which does not involve paying fees or interest on top of your overall debt amount. There are a lot of people out there preying on those in need of credit card debt consolidation – and the Punch Associates are here and ready to help you!