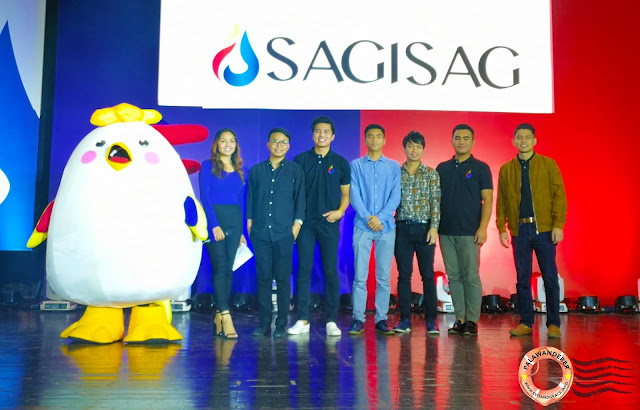 There is a new portal which is Philippine-made and run by young professional Filipinos, Sagisag Media is the newest player in giving information, news, entertainment and fresh content in the world wide web. Started around June of 2019, Sagisag is now up with visions divided into three patterns, share, search and shape.

During its official launch last August 10 at the Activity Center of Glorietta Center in Makati City, Sagisag introduce themselves as an independent media company, targeting mostly millennial audience who want a fresh attack on all media content.

“I am doing other businesses like co-working space, most of the funding is coming from my own pocket because this industry is where I would really want to invest a long time ago, for the longest time we need a platform that is clear what they want you to provide and recently social media are getting a lot of fake news, so this is the answer for those negative stuff, instead of spreading false news, we will be there to filter that out, and then in spreading it in a proper manner.” Said by Nikko Baluyot, Jr. Founder of Sagisag Media.
In line with their Sagisag name, the portal has a Filipino or Tagalog translation on all the story content they post, they categorize their stories on News, Entertainment, Sports, Life and Style, Travel and Business. During the Blog con, the people behind it insist that people can expect they are not a copy-paste platform, most of their writers are new in this field, and undergo training the way they want Sagisag brand to be known of.

“We are trying to sway away from deeply rooted people from the industry, it’s kinda hard to mend those individuals, what we are trying to do here is try to culture the young blood in the industry, and try to develop them, and later on hopefully we will get the benefit of it.” Chief Legal Officer Jake Bolante said.

Sagisag being an information and news portal at the same time would like to be different, as declared being independent they want to write content that will not divide people as much as possible.

“My instructions to my producers, try to produce something that binds the Filipino people, don’t produce that separate us, because most of the media company right now they are trying to bring out thing that separate Filipinos, separate opinions, our politics separate us, why not try something.” Baluyot added.
The brand also launches singer and influencer Kimpoy Feliciano as their brand ambassador along with Tsiklab, the Sagisag mascot inspired by the Sarimanok, a folk tale icon of Mindanao. The team depended on the hiring of Kimpoy as their face, they agree that he posses the qualities that their brand represent.

“That’s one of the strategies for our awareness campaign, to tap social media influencers, we must agree that the future of entertainment is actually on social media, hence we tap Kimpoy because he embodies our target segments, he is not just someone who creates content, but he is someone na nasa gitna, from A to E, I think he represents all of that because his content is relatable and it resonates the target market.  Hoxton Rey Anapend, Marketing, and Business Development Head explains in closing.
The said launch also features the international girl group a Philippine pride, the 4th Impact. For more information check Sagisag portal.