Princess and Princesses in Chuck Taylors and a Hiphop Hermit! 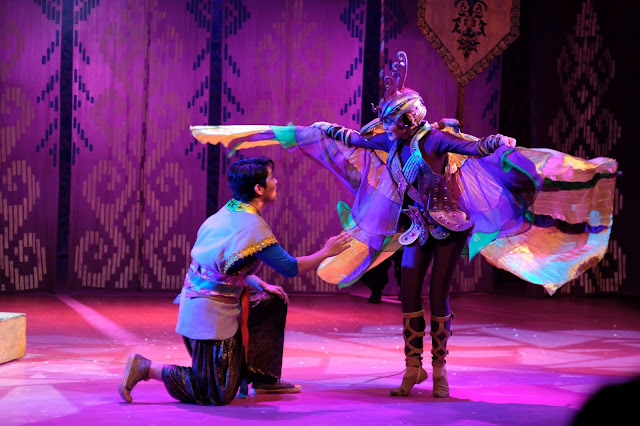 This is “The Quest for the Adarna”, REP’s Theater for Young Audiences (RTYA) season-ender for 2019. A musicale targeting the young kids but will also appeal to the not so young (those who had Ibong Adarna in their schools). The play was written in English for a much wider audience. This was Repertory Theater’s first adaptation of a Filipino classic literature. 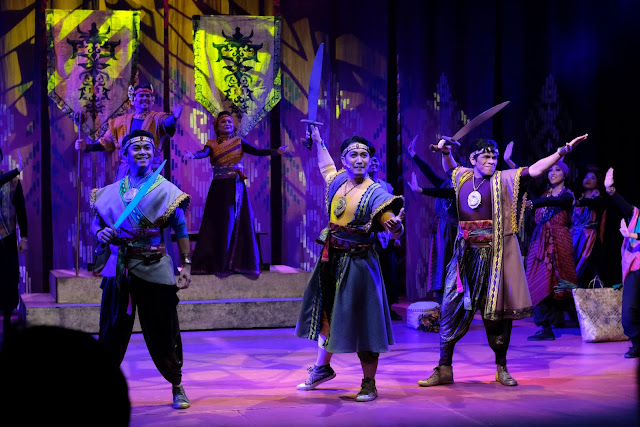 An adventure themed play set in the magical kingdom of Berbania. Relieve the timeless Filipino classic in a visually interactive theatrical play, done the REP way. A very simple yet effective set, paired with some awesome music and choreography and a powerhouse cast complete this highly engaging show. 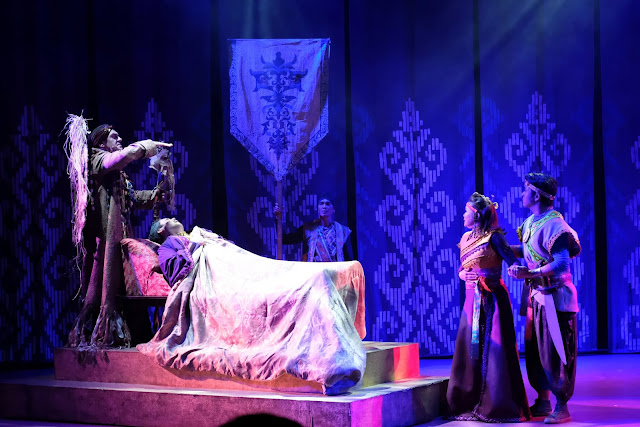 Everyone who have taken Ibong Adarna in high school can relate to the story of the royal family and the three princes’ quest to capture Adarna to cure their father, King Fernando’s illness. All eyes will be at the adventurous journey of the Princes, through the colorful light show, great music and dance easy to absorb lines that are well suited for the kids. The play also featured shadow play to well represent some scenes that could be rather be hard to portray in some other way. 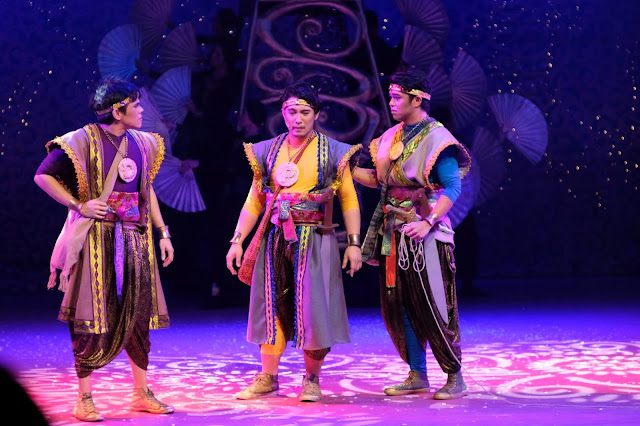 The audience has been part of the play with some interactive participation from the actors, where the kids really enjoyed. The musicale will appeal to the whole family composed of great casting, music, lyrics and kid-friendly lines with contemporary dance, ballet and even rap. 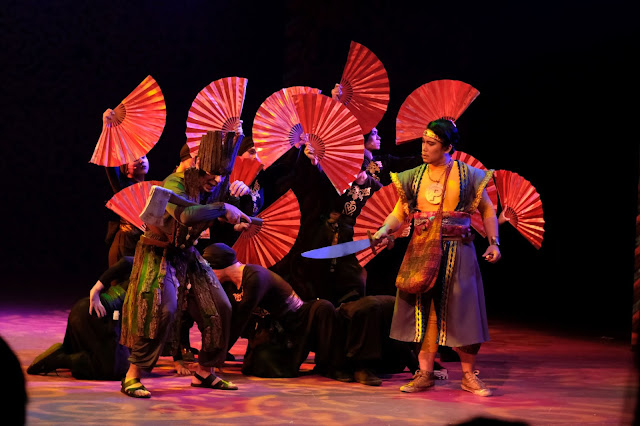 Being accompanied by three kids ages 11, 7 and 5, clearly, the show was successful in their goal of entertaining young audiences by looking at the reactions of these kids all throughout the run. They were all very attentive and listened to every scene and took part in the interactive portion of the production. And they keep talking about the show for a couple of days. 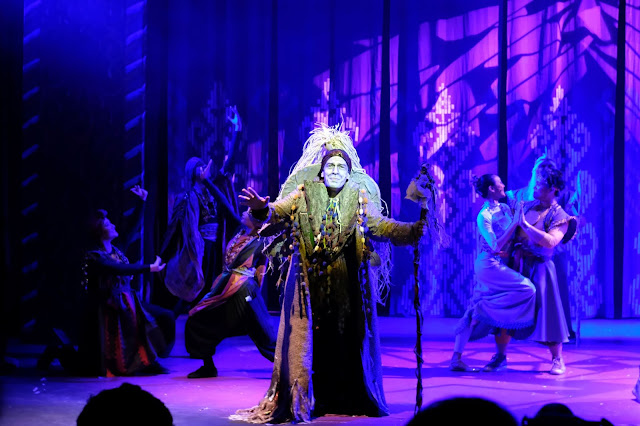 From the words of Jada, an 11 year old, about her favorite character and take away from the show: “My favorite character was Maria Blanca, the eldest Princess of the Crystal Kingdom, she was independent and can do things by herself. The best lesson of the story was the importance of forgiveness and forgiving others.” 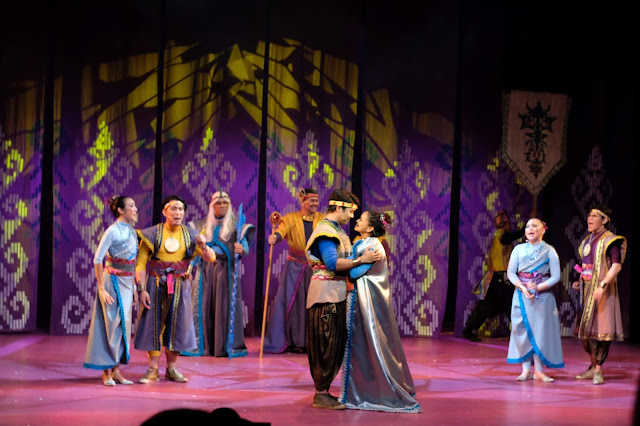 As for Jensen, a 7 year old, he said that Prince Juan was his favorite because he is brave and saves his father. He learned being kind to others is very important. 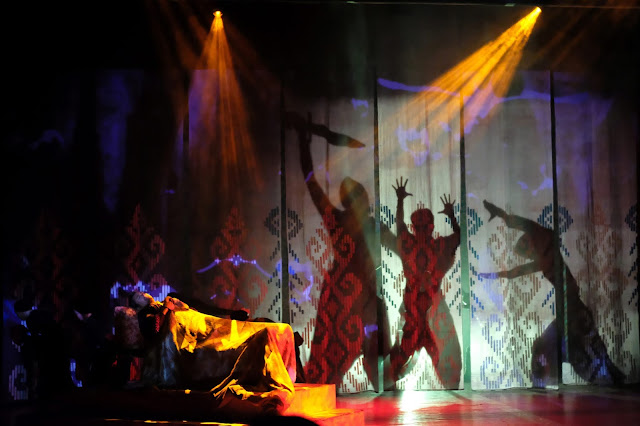 ‘Suitable for children of all ages, The Quest for the Adarna is an original RTYA Production under Creative Director Joy Virata, assisted by co-directors Jamie Wilson and Naths Everett, with music by Rony Fortich, and book and lyrics by Luna Griño-Inocian.’ 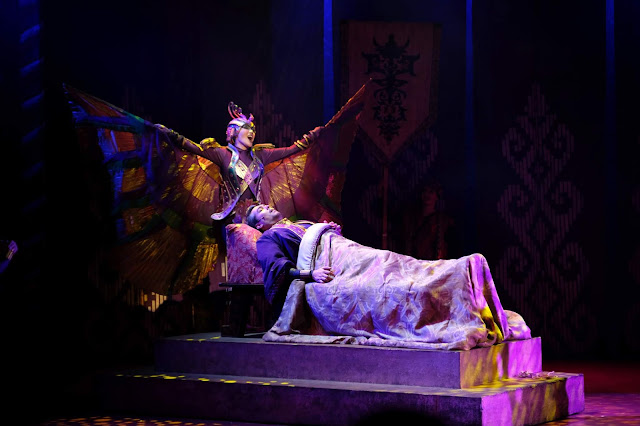 The Quest for the Adarna teaches life lessons about family, courage, forgiveness and love. This was also mentioned by the wonderful director Jamie Wilson during the introduction of the show. 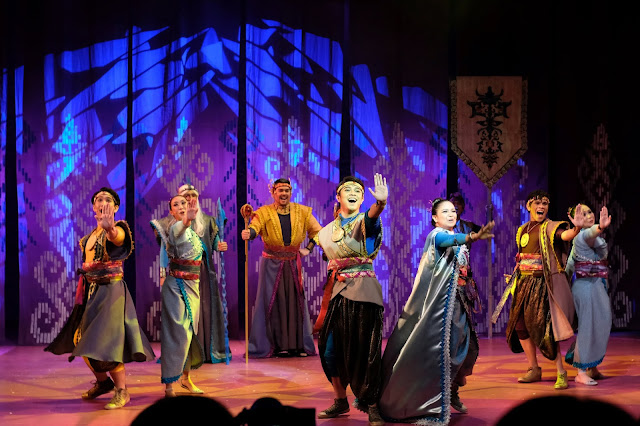 You can still watch “The Quest for the Adarna” at OnStage Greenbelt until January 26, 2020 because ‘WE WILL NOT TELL YOU THE PASSWORD’.