The Company at Stephen Sondheim's Company 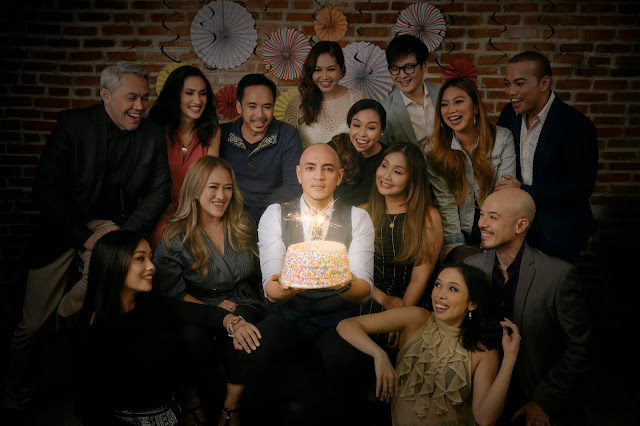 Another Stephen Sondheim musical is soon to open in Manila on September 13, Company is under the Direction of Topper Fabregas, according to him, the story about being single has gained a lot of attention, seemingly insignificant word. “There’s no ‘the’ in the title,” he clarifies. “It’s just COMPANY.” Musical Director Rony Fortich concurs: “It’s about companionship,” he declares. “If you say ‘The Company,’ it sounds like it’s about a corporation.” To make matters more complicated, the Tony Award-winning musical comedy stars (among others) OJ Mariano and Sweet Plantado-Tiongson, both from the country’s premier vocal group known as The CompanY… which, to add to the confusion, actually took its name from Sondheim’s show.

One of the finest theater actors of today, OJ Mariano will play the central character of Bobby,  Oj started his career in recording with Star Records. In 2010, he burst onto the theater scene playing Tom Collins in RENT (9Works Theatrical), for which he won a BroadwayWorld Award for Best Featured Actor in a Musical. Other theater credits include FORBIDDEN BROADWAY (Upstart), THE FULL MONTY (Viva-Atlantis), RAK OF AEGIS (PETA), and ANG HULING EL BIMBO (Resorts World Manila).

Sweet Plantado-Tiongson, who plays Sarah (one of Bobby’s many married friends), has been a recording and concert artist for 20 years. Her theater credits include RAK OF AEGIS (PETA), YOU’RE A GOOD MAN, CHARLIE BROWN (9Works Theatrical), THE BLUEBIRD OF HAPPINESS (Trumpets), and NOLI ME TANGERE/ EL FILIBUSTERISMO (Tanghalang Pilipino). She is also a sought-after musical director, vocal coach, workshop master, and director.

OJ and Sweet round out a powerhouse company that includes Michael Williams, Menchu Lauchengco-Yulo, Cathy Azanza-Dy, and many others. Another cast member, Joel Trinidad (who also produces the show through his outfit Upstart Productions) summarizes the situation this way: “Our company is producing COMPANY, whose company includes two people from The CompanY,” he quips. “Not confusing at all.” 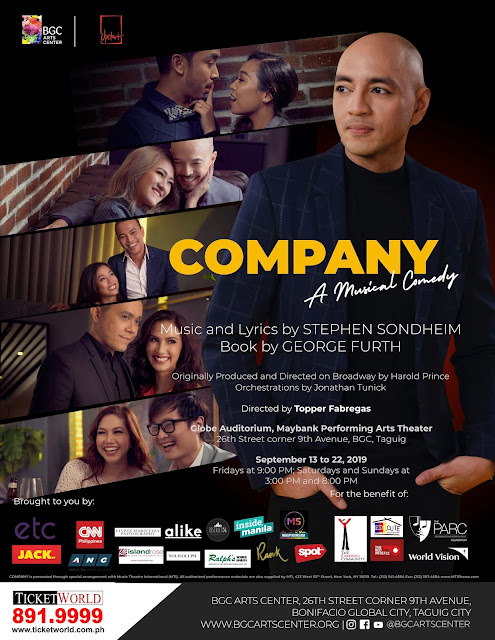