New Performances At The Sinag: Festival Of Radiance

THE Cultural Center of the Philippines continues its pursuit of “truth, goodness and beauty” with new free performances for its Sinag: Festival of Radiance, happening every weekend starting November 16 until December 15.

Last November 16, the Simeona F. Chanyungco Lahing Kayumanggi Mananayaw ng Marikina (SFCLKM) Inc. delighted passersby, tourists and just about anyone who visited the complex with folk dances from the different regions in the Philippines.

One of the best performers of the 2018 CCP Band Festival, the General Trias Youth Symphonic Band, under the musical direction of PPO's Frenvee Clarito Andra, plays pop classics and medleys on November 23.
Witness a traditional komedya on December 8, with Komedya ng Don Galo, the official theatre organization from Brgy. Don Galo in Parañaque City. Established in 2004, the theater group aims to promote, preserve and support the tradition of komedya, a unique form of theater.

The performances complement the beautiful lanterns created by the Kapampangan craftsmen from the renowned family of lanternmakers, now led by 5th generation artisan, Arvin Quiwa, as well as the 20-feet sundial art installation by multimedia artist Abdulmari “Toym” Imao Jr. Located at the CCP Front Lawn, the installation represents the role of arts and culture in society over time. 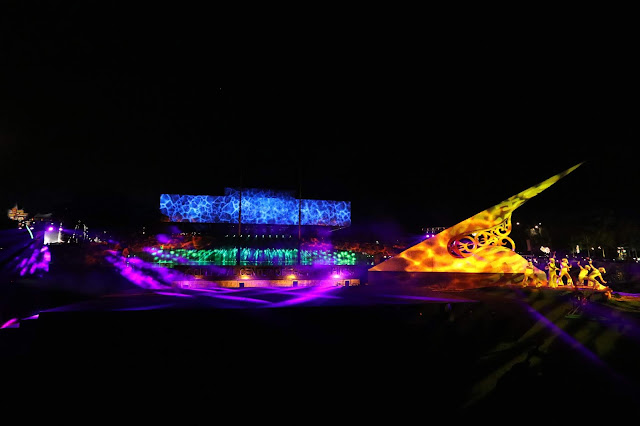 Combining traditional arts and modern technology, Sinag: Festival of Radiance showcases the CCP’s fifty years of excellence in the field of performing, literary, visual and multi-media arts and its continuing partnership with its regional network. The light and sound show runs until January 5, 2020. (PR)