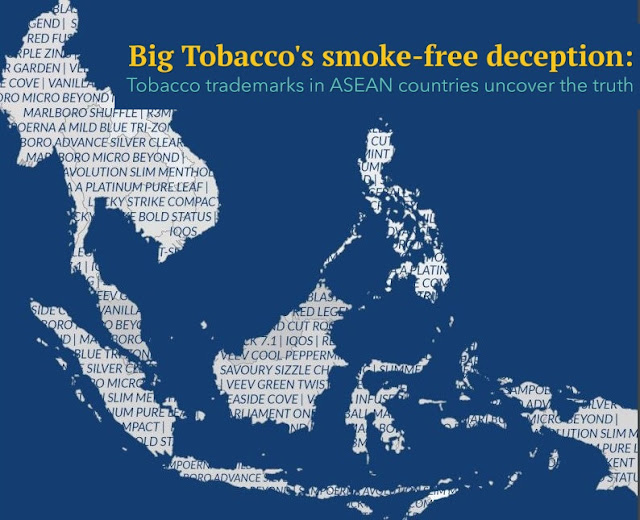 These past four years in Indonesia, Malaysia, Philippines, Thailand, and Vietnam, Philip Morris International (PMI), Japan Tobacco International (JTI) and British American Tobacco (BAT) filed 533 IP registrations for cigarette brands, compared to only 169 for HTP and ENDS; out of these, 357 cigarette brand registrations have been approved compared to 112 for HTP and ENDS.

PMI filed the most trademark applications for both existing and new cigarette brands: 453 brand registration applications in the five countries; of these, 332 were for cigarettes, 97 for HTP, and 24 for ENDS.

“The tobacco industry is pushing people to embrace the use of alternative tobacco products such as HTP and ENDS even as it is expanding its market for cigarettes. To be consistent with the goal of reducing and ending tobacco use, applications for new cigarette brands and brand variants should be denied,” added Dorotheo.

Trademark registrations pave the way for the formal entry of HTP and ENDS into the local market, even when they are prohibited. Although HTP and ENDS have been banned in Thailand since 2014, there were 34 applications for new trademarks of these products, including PMI’s IQOS. PMI is aggressively promoting its new products and applying pressure on the government to “give people a safer alternative.”

The World Health Organization has stated explicitly that all forms of tobacco use are harmful—including HTP—because tobacco is inherently toxic and contains carcinogens even in its natural form. Currently, the WHO states that there is no evidence to demonstrate that ENDS and HTP are less harmful than conventional tobacco products and conclusions cannot yet be drawn about their ability to assist in quitting smoking. (PR)
Cigarettes Health Smoking Tobbaco