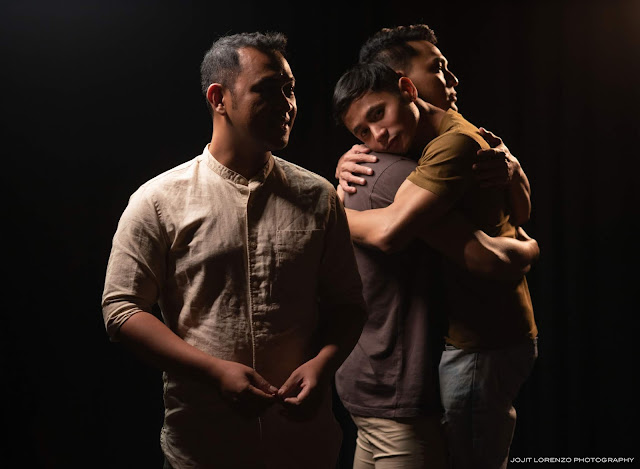 Roselyn Perez returns to the PETA stage with Rody Vera’s Under My Skin, a provocative, relevant, and heart-wrenching drama top-billed by esteemed TV, film, and theater actors Cherry Pie Picache and Roselyn Perez.

Inspired by real people and events, the play accurately depicts the realities, triumphs, and struggles of people living with HIV, while navigating an important conversation about acceptance and tolerance.

Cherry Pie and Roselyn share the role of Dr. Gemma Almonte, an epidemiologist studying the spread of the virus in the Philippines. Through her, we discover different stories of love, pain, and acceptance with a number of characters, who are inspired from real people and events.

In 2015, Roselyn took on a similar role of a doctor in yet another HIV-advocacy play, The Normal Heart by Actor’s Actors, Inc. and The Necessary Theatre. Her highly praised performance garnered her a nomination for Best Female Featured Performance in a Play in the PHILSTAGE Gawad Buhay! Awards of the same year.

Accordingg to Roselyn, the main differences between The Normal Heart and Under My Skin are the circumstances and situations wherein the two plays are set – in the 80’s during the onset of HIV for the former, and as a contemporary piece discussing HIV as we know it today for the latter.

“My character in The Normal Heart was dealing with the unknown. People were dying, left and right. The big difference was that there was still a huge mystery behind the virus. My character had extreme outrage over the neglect of the government, different agencies that were supposed to help with the epidemic, and the discrimination against the LGBTQ that led to that massive number of deaths,” Roselyn explains.

“There is still a stigma in Under My Skin which is the root of the deaths in this play, but for Dr. Gemma Almonte, she remains very rational because she knows that people can live normal lives even with HIV – and I’m really glad that that comes out in the play.” 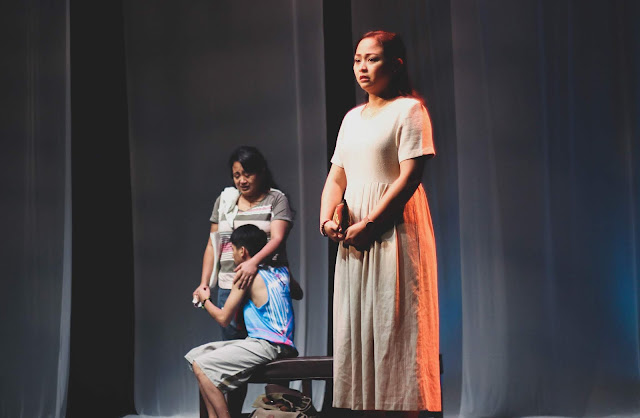 Roselyn channels Dr. Gemma Almonte’s determination to help patients from the understanding that HIV is no longer a death sentence. “Dr. Gemma is very rational in terms of not getting lost in the drama. When a patient feels like it’s the end of the world, she’s there to say ‘No, it’s not.’ That’s what I love about her,” she says.


With around 36 confirmed cases of HIV in the Philippines on the daily, personally dealing with the virus is now a reality for many people like Roselyn. “I saw how a friend of mine refused to take an HIV test because it would have informed his family that he was gay,” she shares about how she was compelled to advocate for HIV. “I saw it. I witnessed it. It was a senseless, needless death. I can only imagine how often it happens here, that people would rather die than find out about or divulge their status and sexuality. We lost a really great person – it was shame that killed him.”


With less than a few days to opening night, the cast and staff of Under My Skin are hopeful in contributing positive change and action to combat the HIV and AIDS crisis. According to Roselyn, audiences can look forward to a good mix of education and entertainment. “Information through art is always interesting compared to just a lecture. Under My Skin will be able to give a dramatization of what is actually going on in the country, in terms of the HIV crisis.”


Under My Skin provides a holistic learning experience. Apart from the play, audiences can stay for a talkback and debriefing with HIV experts and avail of free HIV screenings. The Under My Skin photo exhibit, which features virtual reality, educational videos, and 100 portraits of people from the theater industry who are HIV and AIDS advocates, is also available for audiences to experience.


Under My Skin is presented by PETA, The Red Whistle, and LoveYourself PH, in partnership with UNAIDS and Unilab. The play runs from February 7 to March 22, 2020 at the PETA Theater Center, No. 5 Eymard Drive, Brgy. Kristong Hari, New Manila, Quezon City. For tickets go to www.ticketworld.com.ph, 891-9999, www.petatheater.com/undermyskin. (PR)
Stageplay Theater theater about HIV