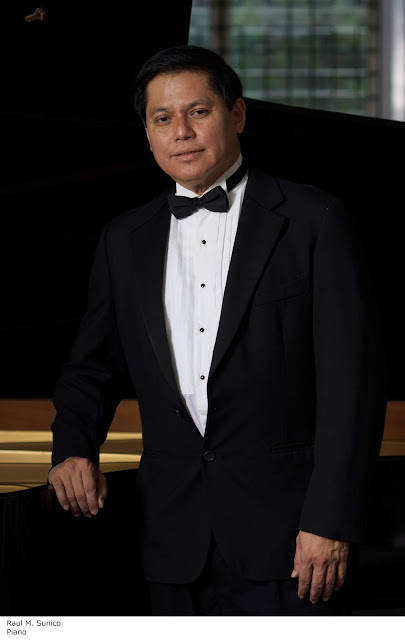 Due to the travel restrictions brought by the covid-19 outbreak, Mr. Goto has decided to postpone all his performances in Asia.

“We are happy to inform you that Dr. Raul Sunico has accepted the invitation of Maestro Yoshikazu Fukumura to perform in place of the esteemed violinist.  We are very grateful to Dr. Sunico for accepting despite the short notice,” shared PPO orchestra director Eugene A. De Los Santos, DMA.

Dr. Sunico will be performing Gershwin's Piano Concerto in F Major with the Philippine Philharmonic Orchestra, under the baton of Maestro Fukumura.

A scholarship grant from former First Lady Imelda Romualdez-Marcos through the auspices of the Young Artists Foundation of the Philippines enabled him to finish his Master of Music degree from the Juilliard School of Music and attained his doctorate degree in Piano Performances from the New York University.  He was also conferred a Doctor of Humanities degree (honoris causa) by the Far Eastern University in 2005.

A TOYM (The Outstanding Young Men of the Philippines) Awardee for Music in 1986, Sunico has been conferred a 1996 PAMANA Presidential Award for Overseas Filipinos, and received the 1995 Ceres Alabado Award for Children’s Books, among his other distinguished accolades.  He was also conferred the Commendatore Award (Order of the Star of Italy) by the President of the Republic of Italy in April 2017. (PR)
Orchestra Pianist Piano Piano Master