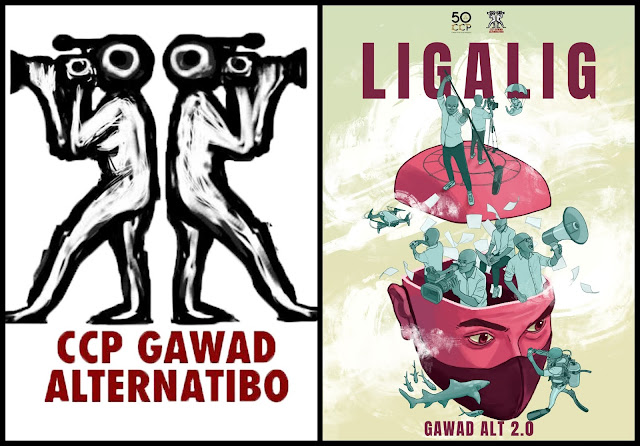 THE Gawad CCP para sa Alternatibong Pelikula at Video will showcase screenings of this year’s entries with the theme LIGALIG: Gawad Alt 2.0 as it temporarily migrates to the online livestreaming platform on August 7, 2020.  The Awards Night will be held on August 15.

LIGALIG: Gawad Alt 2.0 is an online film festival and competition of the Ika-32 Gawad CCP para sa Alternatibong Pelikula at Video.  In light of the COVID-19 lockdown, the festival was shifted from the 3-day on-site screening event to an online streaming platform to continue serving its community of avid film enthusiasts.  The films will be watched on Vimeo while the talkbacks and livestream events will be held at Facebook Live and KUMU, the official live streaming partner of Cinemalaya and Gawad Alternatibo.

Established in 1987, the Gawad Alternatibo annually cites the best efforts of Filipino filmmakers in four categories – Animation, Experimental, Documentary and Short Feature.  It is one of the main components of the Cinemalaya Philippine Independent Film Festival, which runs from August 7 to 16, 2020.

Curated by Mae Caralde, Chief Culture and Arts Officer of the CCP’s Film, Broadcast and New Media Division, the films will be featured in the following categories:

Now on its 32nd year of annually citing the country’s most outstanding film and video artists, the Gawad Alternatibo (for short) is considered the longest-running independent film and video competition in Asia.  Also this year, the Gawad Alternatibo introduces its 5th category on Emerging Media, an exhibition of current works, which will feature interactive games being developed by Filipino online gamers.

The Gawad Alternatibo continues to recognize the works of gifted and budding Filipino independent filmmakers and encourages them to develop their craft by providing a venue to exhibit their best efforts in filmmaking.

In view of the COVID-19 situation, the 16th edition of Cinemalaya migrates to an online platform, via Vimeo.  Cinemalaya Philippine Independent Film Festival is a project of the Cultural Center of the Philippines and the Cinemalaya Foundation, Inc.  Established in 2005, Cinemalaya is an all-digital film festival and competition that aims to discover, encourage and honor cinematic works of Filipino filmmakers.

For inquiries on Cinemalaya, visit www.cinemalaya.org or www.culturalcenter.gov.ph, or contact the CCP Media Arts at 8832-1125 local 1704 to 1705 and the CCP Box Office at 8832-3704.  Check out the official CCP and Cinemalaya Facebook and Instagram accounts. (PR)